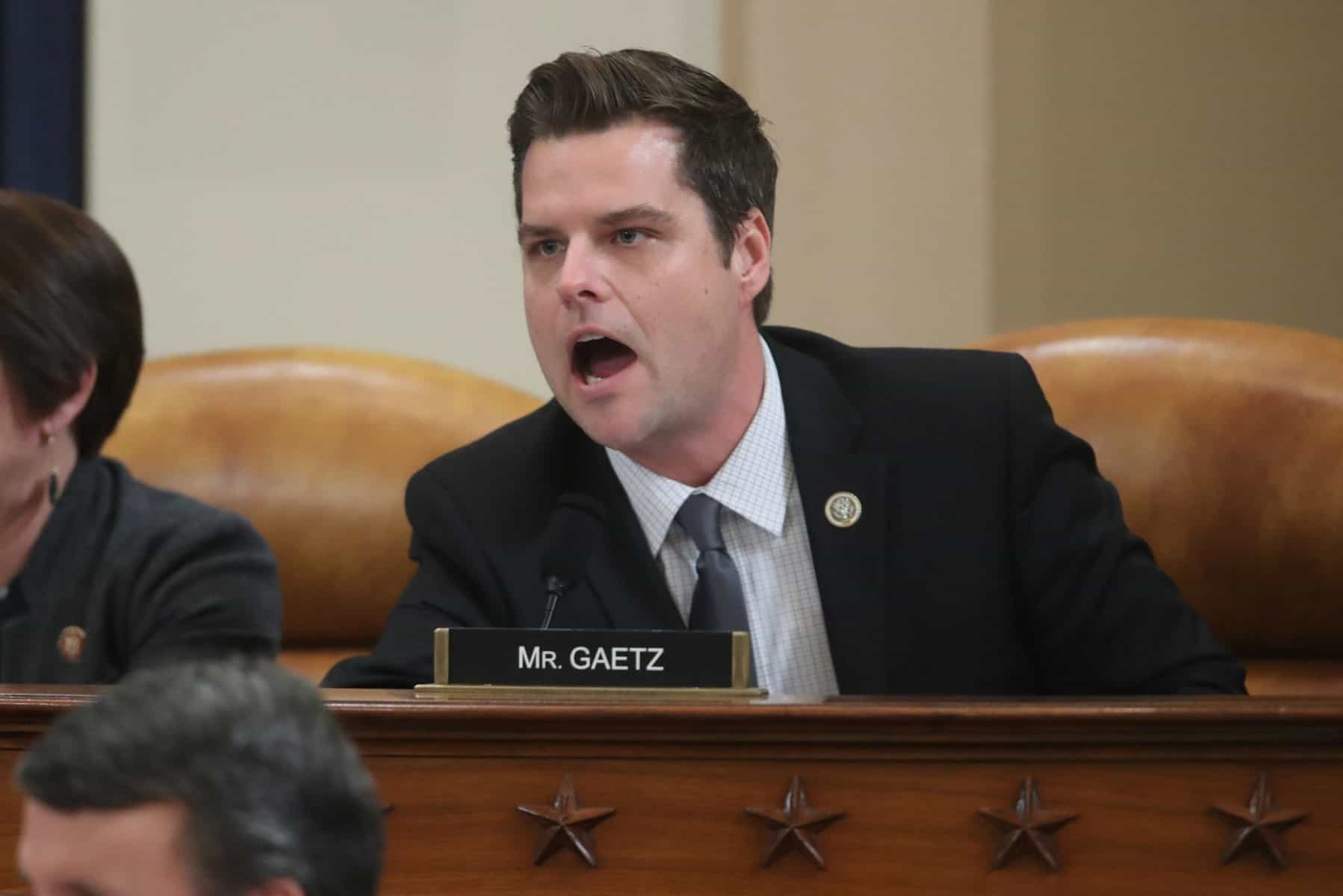 McEntee added that Gaetz told him “he did not do anything wrong but they are trying to make his life hell, and you know, if the president could give him a pardon, that would be great.” Gaetz told McEntee that he had asked White House Chief of Staff Mark Meadows for a pardon.

Asked by investigators if Gaetz’s ask for a pardon was in the context of the Justice Department investigation into whether Gaetz violated federal sex trafficking laws, McEntee replied, “I think that was the context, yes.”

There Is Now Evidence That Matt Gaetz Requested A Pardon

Matt Gaetz would not need a pardon if he did nothing wrong, and it is impossible to get a pardon without admitting wrongdoing, so the kind of pardon that Gaetz was apparently seeking does not exist. Rep. Gaetz wanted a literal get-out jail free card, a blank piece of paper with Trump’s signature that he could fill the details in on later.

Even Donald Trump would not go near Gaetz and the child sex trafficking investigation. Matt Gaetz has continued to be a vocal Trump loyalist because it is possible that he needs the former president back in office to keep himself out of prison.

Innocent people don’t request preemptive pardons. It has been reported that there will be no announcement of potential charges against Gaetz until after the midterm election, but Matt Gaetz was working hard to get a pardon before Trump left office because he might be swapping the People’s House for the Big House soon.