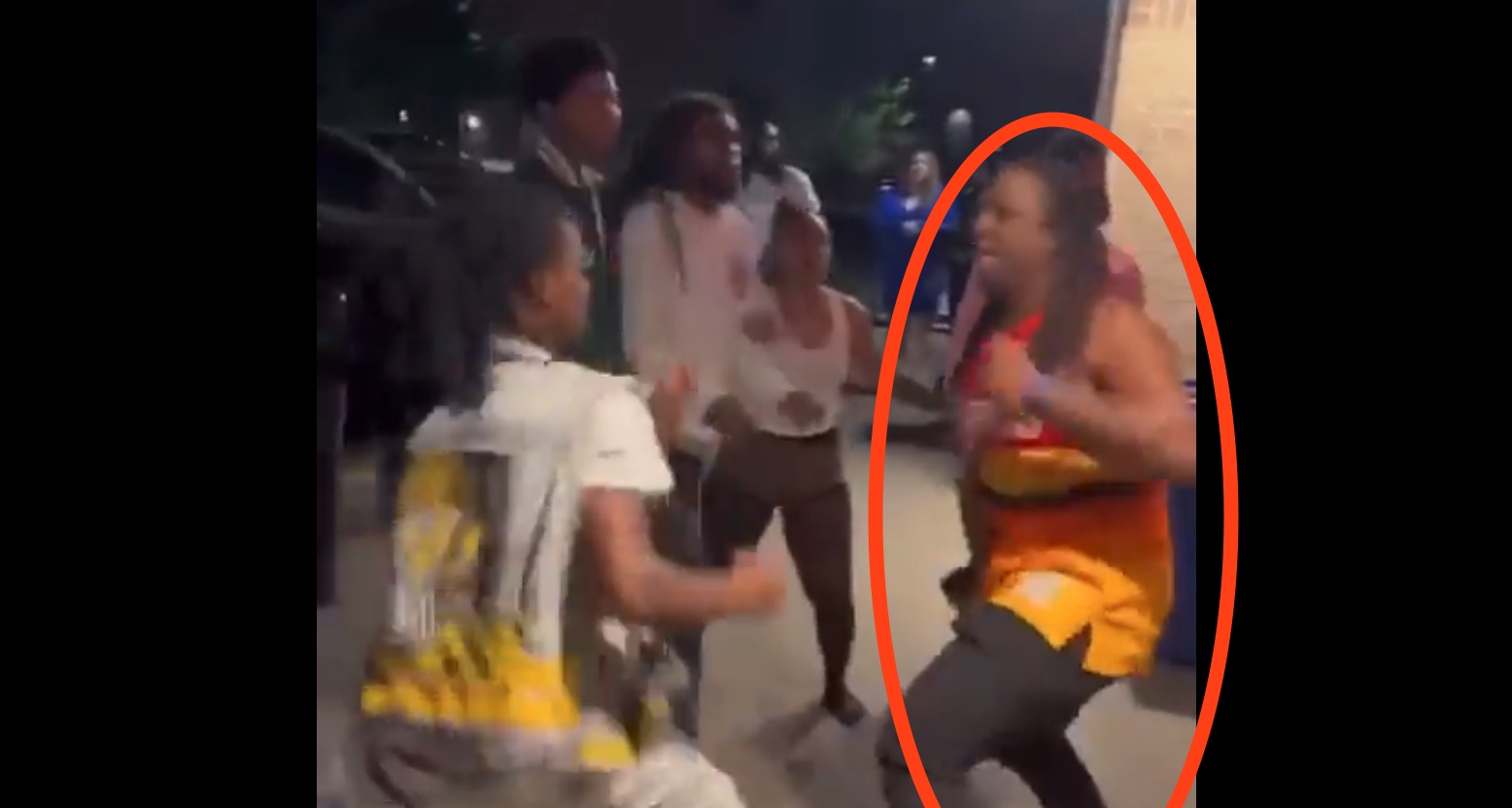 A video is in high circulation showing one man brutally fighting a group of about six persons at a gas station, whilst standing firm and unharmed at the end, while the others scattered away.

At the start, a tall, muscular male who sported dreadlocks is seen surrounded by a group of both men and females. Soon after, the group attacked, but unphased by the numbers, he went into a fistfight and annihilated them all.

The lone fighter was even compared to the Undertaker, a wrestler who is regarded as one of the greatest professional wrestlers of all time.

More so, persons commented on the video in shock of seeing one man surviving an attack from such a large group. “One man against the world tpc”, a commenter said, while another, “dawg f*ck up everybody”.

RELATED: Indian Mother Severely Injured During Fight to Save Baby from Tiger

RELATED: Disabled Man Gets Fatally Run Over By Car During Fight Between 2 Females In Queens – Watch Video