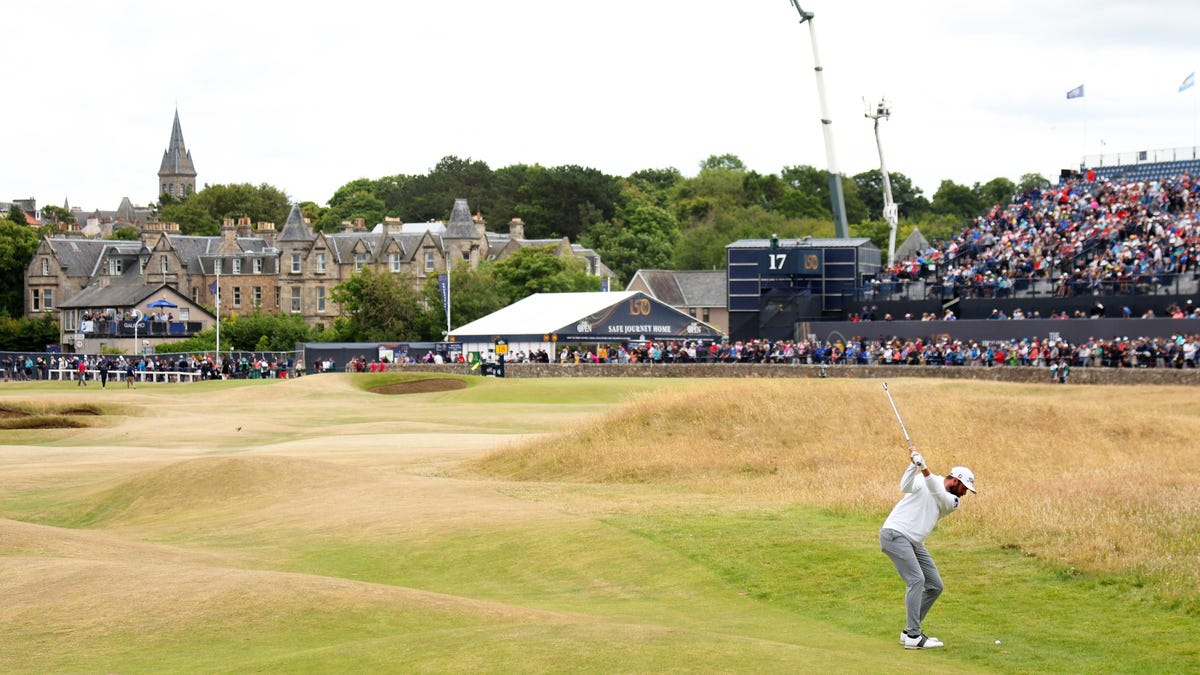 17th hole on St. Andrews Old Course is the toughest

Cameron Young of the United States plays his second shot on the seventeenth hole during Day One of The 150th Open at St Andrews Old Course.Image: Getty Images

If you were up and at ‘em at 2:00 a.m. this morning for the Open Championship tee-off, props to you. I was sound asleep, of course — I love golf, but not that much. As we groggily tune in to the later tee time groups today, it will be fun to see how everyone does on the 17th hole on the Old Course at St. Andrews — known by many as the hardest hole in the world.

The Road Hole, as it’s known, is nearly impossible to birdie, and you’re lucky if you make par. Why? It’s a 495-yard par-4 that includes a necessary blind shot over the Old Course Hotel (well, assuming you actually get it over and don’t just hit it into the hotel’s outer wall). The pros use the different words and letters on the hotel’s sign to aim — Collin Morikawa’s caddie told him to aim over “Course” on the sign, and Rory McIlroy said he went too far right over “Hotel” in a practice round this week.

Bryson DeChambeau plays a shot from the 17th hole bunker during Day One of The 150th Open at St Andrews Old Course.Image: Getty Images

Once you actually get the ball over the hotel, though, the struggle isn’t over yet. On the other side lies a remarkably steep bunker just off the green, a left-side rough with a terrible angle to the hole, and a stone wall on the Road Hole’s titular road that has caused a fair amount of distress over the years. Since the wall is considered a course boundary, if a player hits the ball against the wall, they don’t get relief, which leads to some golfers bouncing their ball from where it lies off the wall to get it back into play, putt-putt style.

It’s certainly got its quirks, to say the least, and its position as one of the final holes in the tournament makes it all the more high-pressure in a tight situation. It’s half skill and half luck — though 2022 major winners Matt Fitzpatrick and Scottie Scheffler are looking at it optimistically, calling it “fantastic” and “a fun hole to play.”