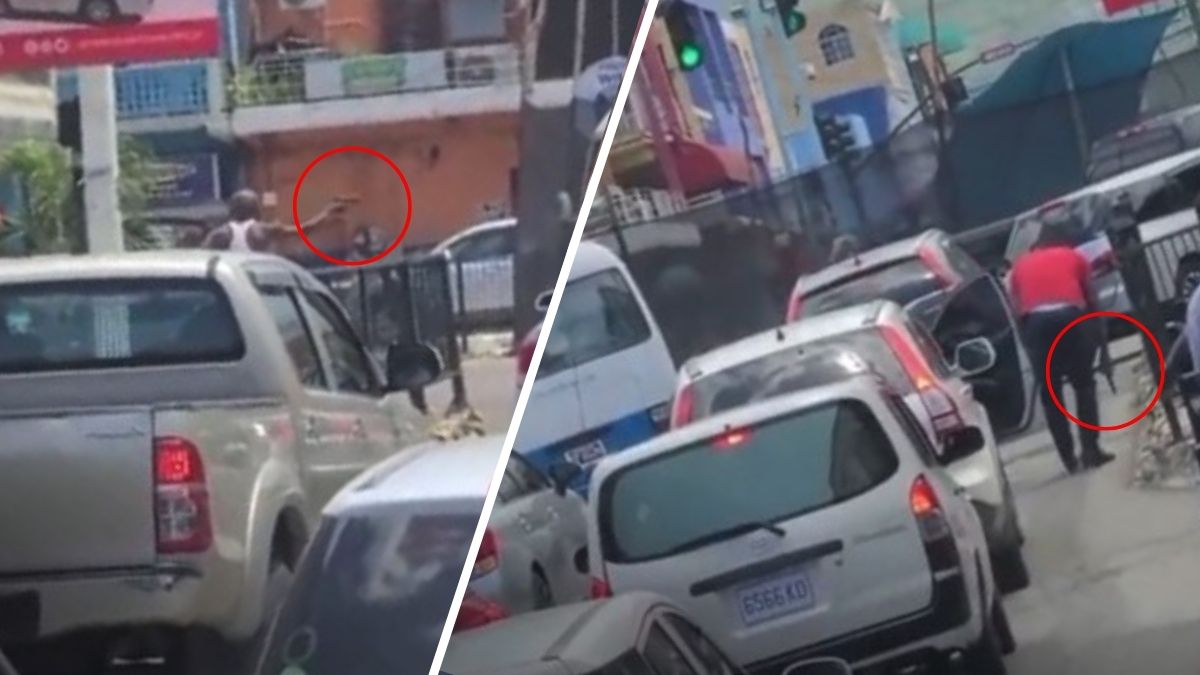 Two men are nursing gunshot wounds after engaging in a shootout in Sam Sharpe Square where motorists and pedestrians were frantically running away.

Two armed men in Montego Bay, St James opened fire at each other on Tuesday afternoon. The preliminary reports indicate two licensed firearm holders were injured after the shootout.

Videos of the shooting were caught by pedestrians and are making the rounds on social media. The videos show several persons rushing to safety while the two men discharge their weapons at each other. One of the men is noticeably hopping from his injury in one of the videos.

The incident was confirmed to have occurred sometime after 1:00 p.m. by the St James Police who have since launched an investigation.

Watch a video of the shootout below.

Also, check out the video below for more angles of the shooting.