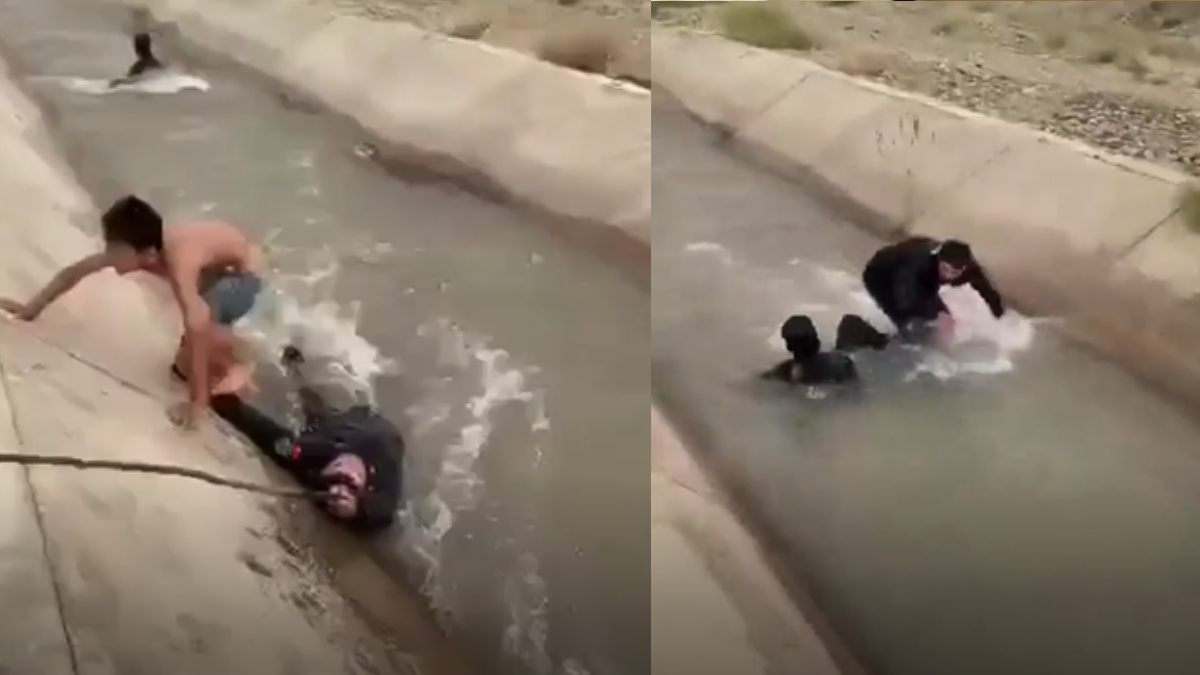 A spine-chilling tragedy has left viewers unsettled after witnessing two brave rescuers save a drowning male, only to be washed away to their own demise. The video footage capturing the death of two unidentified rescuers was recorded by an onlooker, who has been chastised by some for not intervening and praised by others for recording the incident.

At the beginning of the footage, there are three rescuers and a boy running along a concrete ditch where someone is being washed away by the heavy currents. Two of the rescuers impulsively jump into the water to save the individual and the third rescuer outstretches a long stick.

One of the rescuers ends up grabbing hold of the stick and, with great effort, the drowning victim is pulled to the bank, as well as the rescuer. Meanwhile, the water continues to carry away the second rescuer.

Acting on impulse, the third rescuer abandons his stick to dive in and save his colleague. However, despite their fighting attempts to make it to the bank, the heavy current washes them into a deeper ditch where the water is raging and overlapping.

It is not clear where the incident occurred nor the time the footage was recorded.

Watch the video of the rescuers saving the individual below.