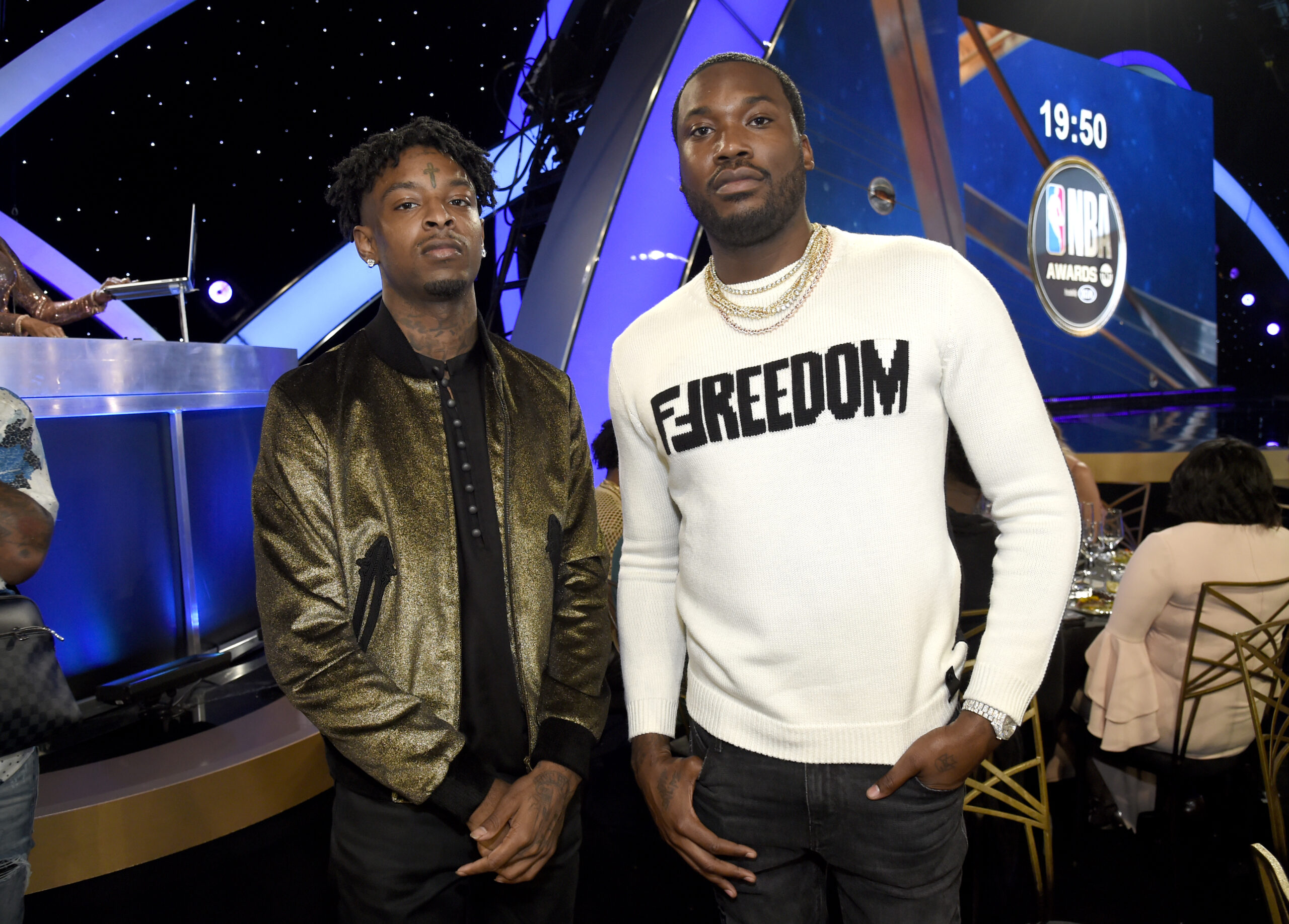 Hip-hop fans were left stunned after Atlanta-based rapper 21 Savage was arrested in 2019 in a roundup of immigrants with felony convictions. Immigration and Customs Enforcement said at the time the British-born rap star was “unlawfully present” in the U.S. on a 2005 visa that expired one year after he arrived in the United States.

The “Bank Account” emcee remained in ICE custody in Ocilla, Georgia, for ten days before he was ultimately released on bond, thanks to the help of Meek Mill and Jay-Z.

During a recent appearance on “My Expert Opinion” with Math Hoffa, the 29-year-old artist, born Shéyaa Bin Abraham-Joseph, reflected on the incident and how the “Dreams and Nightmare” emcee was highly instrumental in him regaining his freedom.

“I didn’t get deported; I got detained. And they detained me because they said I had felony conviction, but the felony conviction got dismissed,” Savage explained. “And I called Meek while I was in jail and told Meek, ‘Bro, I just got locked up.’ He called Jay-Z, and Jay-Z put a lawyer on my case. He played a role in getting me out.”

Following his arrest, authorities claimed the “A Lot” rapper had been convicted of felony drug charges in Fulton County, Georgia, in 2014. However, his Jay-hired attorney, Alex Spiro, later clarified that the conviction had been vacated before his ICE arrest.

The billionaire businessman labeled the February 2019 incident “an absolute travesty,” noting in a statement at that time that the “No Heart” rapper’s “U visa petition has been pending for four years.” Savage reportedly had been trying to renew his visa since 2017.

It is best to note that the artist is neither signed nor employed by the entertainment mogul. “He ain’t just doing that s–t for anybody just cuz your rap,” Savage said. You gotta be from a certain cloth. … I don’t feel like he’s just doing…