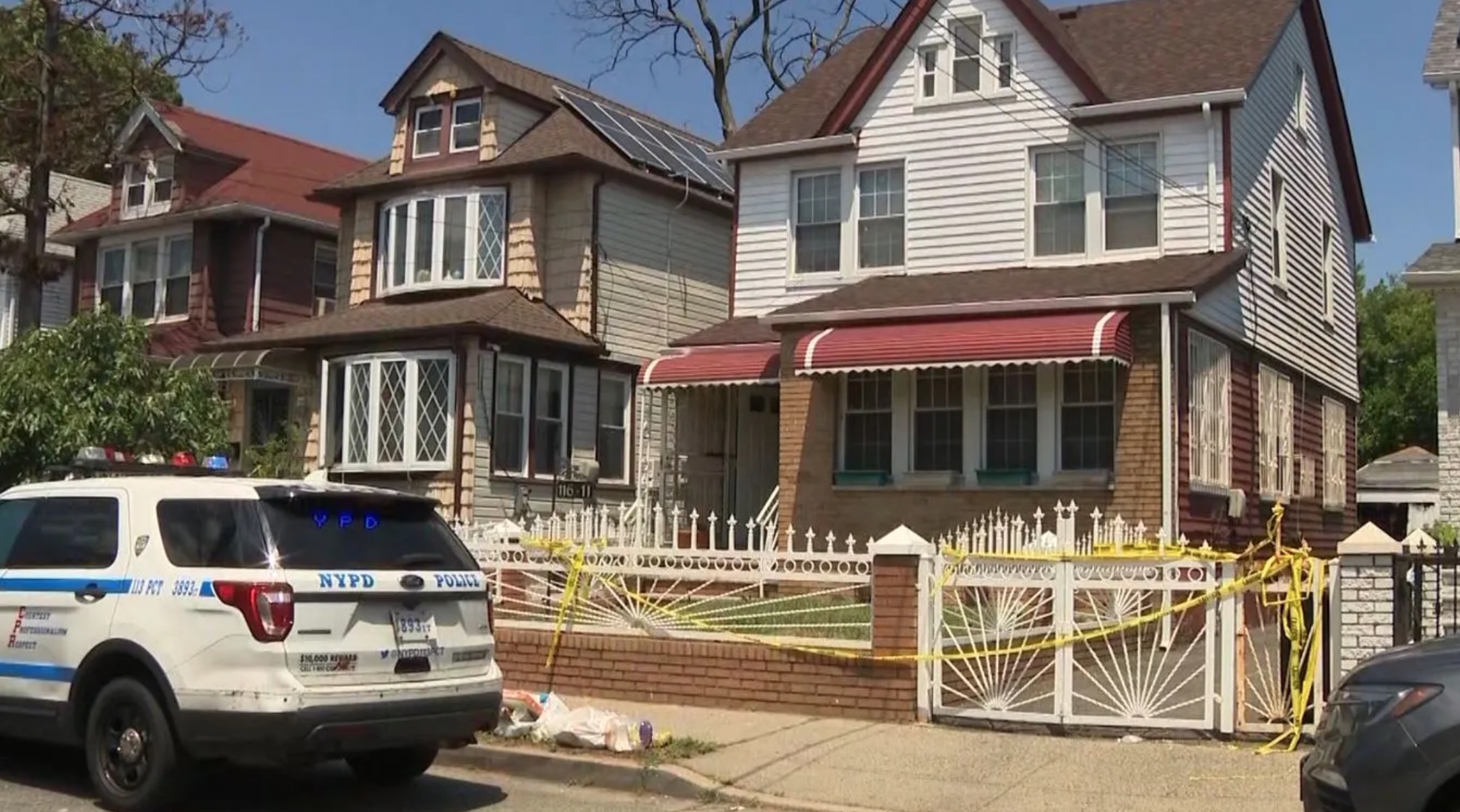 Three bodies, one male and two females, were found slaughtered inside a Queens home in New York on Friday with several stab wounds while one of the victims was bound.

The New York Police Department reported finding one of the females, who was identified as Varshanna “Brittany” Malcolm, with her hands bound on the bed, tape covering her mouth and two stab wounds to her chest.

The 22-year-old, who is a friend visiting the two deceased relatives, was the first dead body discovered. She was found unconscious on a bed in the second-floor bedroom on 155th Street in South Jamaica shortly after 2:00 p.m and she was pronounced dead at the scene.

The other two victims, 55-year-old Karleen Barnett and her 35-year-old son, Dervon Brightly, were found dead inside the basement of the house.

According to two senior officials, the door leading to the basement was locked when the police arrived and two bodies were discovered with several stab wounds to the neck and the head. The bodies were found by a relative who alerted the police. The triple murder has left the neighbours in a state of shock and the relative who made the discovery was questioned by the police.

The detectives are now investigating to determine whether the homicide resulted from a domestic dispute, they have not yet made any arrest.

The police have theorized that the three victims were murdered at least three days before their bodies were found. This triple murder results in there being six Jamaicans who have been killed in the New York Metropolitan area since the beginning of 2022.

RELATED: Suspect Named After Woman And 4 Children Found Dead At Home In Clarendon

RELATED: Ziddy’s Mother Claims His Father Is A ‘Deadbeat Dad’ And Is Now Only Interested In His Money