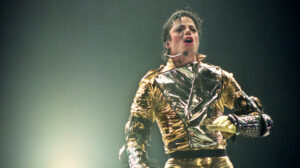 On Wednesday, a spokesperson for Micheal Jackson’s official website confirmed that three songs from the king of pop’s 2010 posthumous album Michael have been removed from Spotify, Apple Music, Youtube, and other streaming services.

Keep Your Head Up, Monster featuring 50 Cent, and Breaking News have officially been pulled due to claims that Jackson did not actually sing the songs.

The music has been part of an ongoing lawsuit against Sony Music, after allegations that he never sang that music, although it “had nothing to do with their authenticity.”

The website spokesperson shared, “The Estate and Sony Music believe the continuing conversation about the tracks is distracting the fan community and casual Michael Jackson listeners from focusing their attention where it should be — on Michael’s legendary and deep music catalog.”

Jackson’s official Youtube channel has also been scrubbed of the three tracks.

According to Serova, production company Angelikson Productions sold Sony the music knowing it was a different singer and not Jackson on the track.

Jackson’s own mother Katherine Jackson said, “some of the tracks on the album are fake,” echoed by his sister LaToya Jackson, asserting, “It doesn’t sound like him.”

Jackson’s nephew Taryll Jackson tweeted in 2010, “How they constructed these songs is very sneaky and sly,” he wrote. “I KNOW my Uncle’s voice, and something’s seriously wrong when you have immediate FAMILY saying it’s not him.”

Their claims were additionally backed up by Joseph, his father, and children Paris and Prince.

In 2018, a California circuit court ruled in favor of Sony and the estate, and then again in appeals court in 2020.