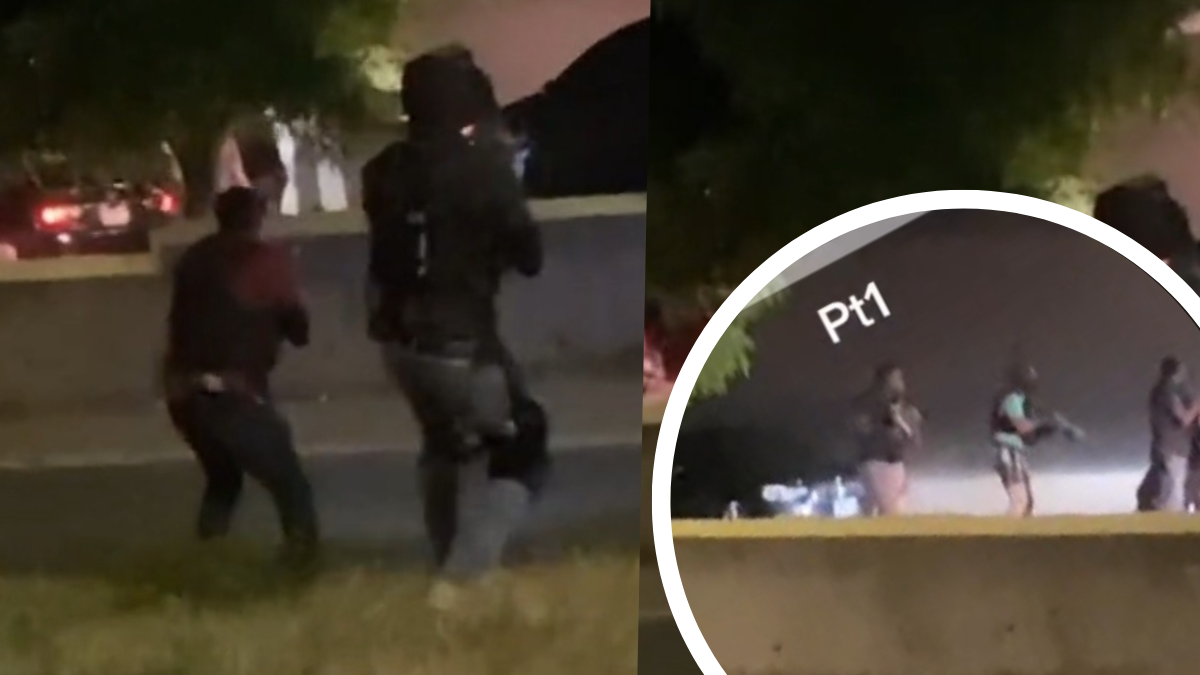 A shootout in Nannyville Gardens, St. Andrew on Friday night resulted in four men being shot, with two of them dying from their wounds.

Video footage of the shooting that was caught by an onlooker is circulating on the internet, showing the police officers firing at the group of men who were also firing back at the cops.

Following the incident, three firearms were reportedly seized. Head of St Andrew Central police, Superintendent Marlon Nesbeth reported that the incident occurred sometime after 8:00 p.m. when the police accosted four men who opened fire at them.

He further confirmed that two men were killed and the other two males were hospitalized. While the police have not yet released the names of the deceased, residents have identified the deceased as Pablo and Country.

Residents also added that three of the men were armed with guns as they walked around the community and the police observed them.

Further details from the residents claim that the fourth man was innocently caught in the crossfire. They said he recently moved from the country into the area, which is how he earned his nickname ‘Country’.