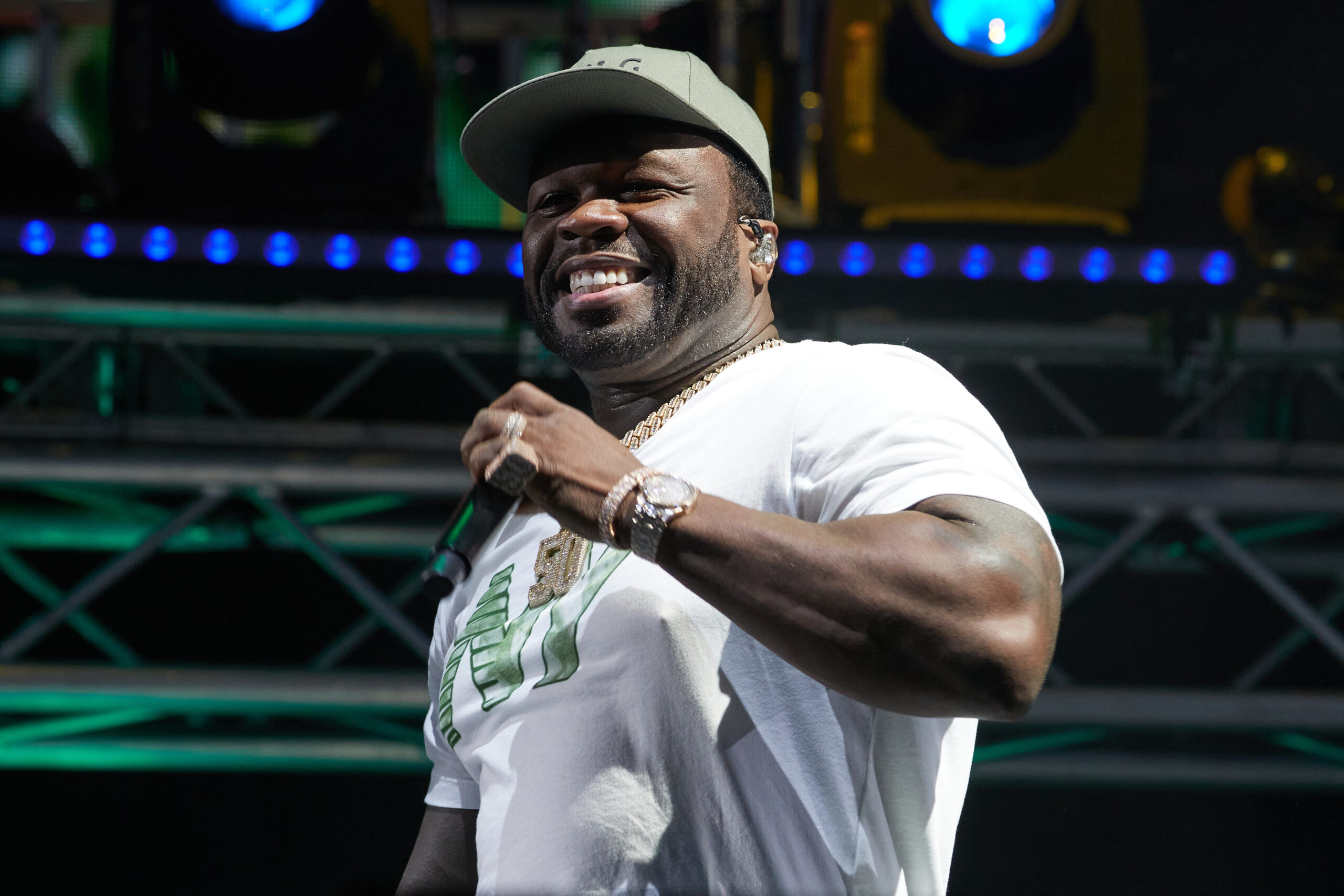 Last week, Curtis “50 Cent” Jackson announced he was officially free from his television deal with Starz.

That’s right, one of the hardest-working men in television has parted way with the home network of his hit television series. The “Power” co-creator acknowledged their success referring to additional series, “Power Book II: Ghost,” “Power Book III: Raising Kanan,” “Power Book IV: Force,” and “BMF.” The rapper told his 28.3 million Instagram followers he had “no hard feelings,” and since then, he’s shared the news on a daily basis.

MANCHESTER, ENGLAND – JUNE 11: (EDITORIAL USE ONLY) 50 Cent performs on day 1 of Parklife Festival at Heaton Park on June 11, 2022 in Manchester, England. (Photo by Burak Cingi/Redferns)

“09-17-22 official day of really owning my content & deciding where and how I do it moving forward!!!” Fifty wrote in a celebratory post. “GLG. GreenLightGang. Bulls eye we don’t miss.”

The following day, the 47-year-old shared a screenshot of a Deadline article about his separation from Starz. He also blacked the name of one of the authors, Dominic Patten, for unknown reasons.

50 Cent confirms his split from Starz with a screenshot of Deadline’s article. (Photo: 50cent/Instagram.)

Fans in the comments section are not shocked by 50’s latest boss moves after expressing his distaste towards Starz for months on Instagram. Despite their collaborative effort, many are contemplating canceling their subscription to 50 taking his executive producer skills to another network.

“So we canceling the subscription or what, cuz I don’t want watch nun else on they network??!” said one person, while another wrote, “Welp there goes their ratings.”

Some are ready to cancel today and other fans wondered if 50’s shows will appear on another network. Here’s what a few have to say.

“Dope… I will be canceling my subscription to starz. We support and follow our…