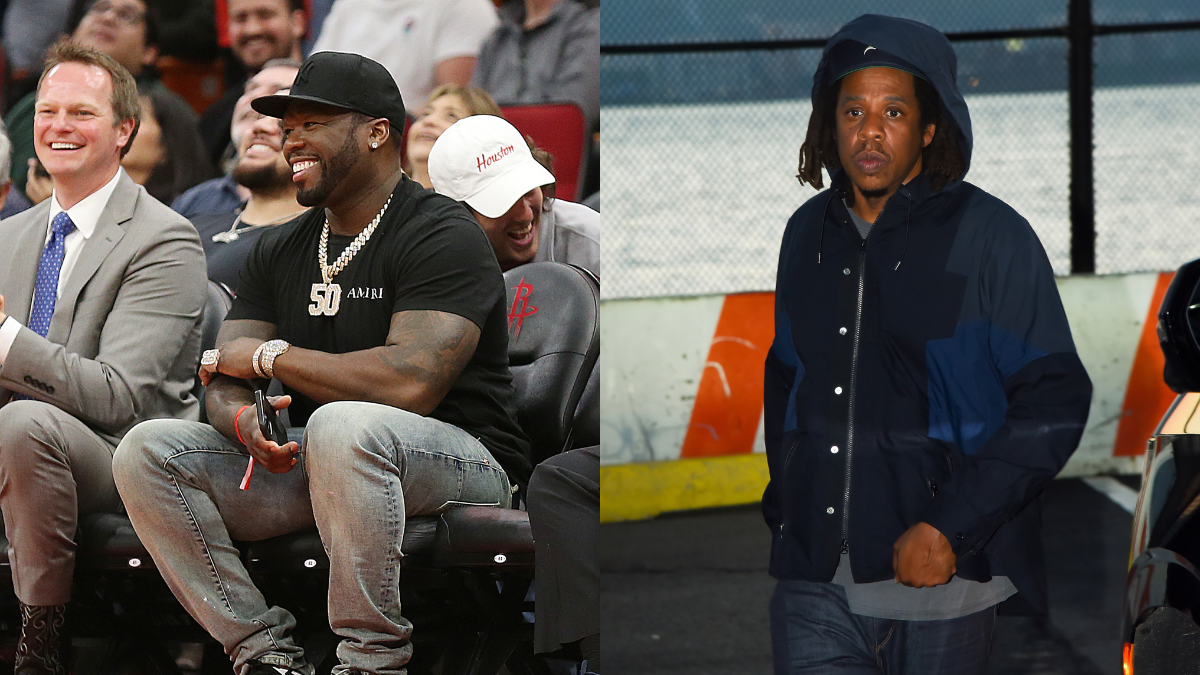 50 Cent Reacts to Claims Jay-Z ‘Warned’ Others About Him

Not many hip-hop artists were prepared for the formidable force that would be Curtis “50 Cent” Jackson following his mainstream breakthrough in the early 2000s. However, according to Shawn “Jay-Z” Carter’s longtime engineer, Young Guru, the then-Roc-a-Fella boss was well aware of the talented kid from Southside Jamaica Queens and even reportedly tried to warn others.

Fif recently addressed those claims on Instagram, where she shared a clip of Guru retelling the story. He captioned the post,  “I love you n***as too,” before adding, “I just need somebody to compete with. It makes me find a way, Jay know I will always find a way.”

Aforementioned, during a recent appearance on Math Hoffa’s “My Expert Opinion” podcast, Guru recalled Hov “warning” many artists at the time to be cautious of the “Get Rich or Die Tryin’” emcee.

The industry veteran later praised the “In da Club” rapper, noting how Fif was “one of the most incredible hook writers.”

He added: “This dude said, ‘I know you don’t love me ’cause you ain’t the same when JAY-Z’s around,’ I said, ‘Bleek! That’s our hook! How did we not say that?’ That is a Bleek hook. How did we not say that? I’m looking like, ‘Yo, this dude is too good. I love Fif, but Jay acknowledged it earlier. He was like, ‘Y’all gonna have to deal with this dude. He’s coming.’”

Hov was not far off on his early assessment of Fif either. His debut studio album “Get Rich or Die Tryin’” debuted at No. 1 on the Billboard 200, selling…