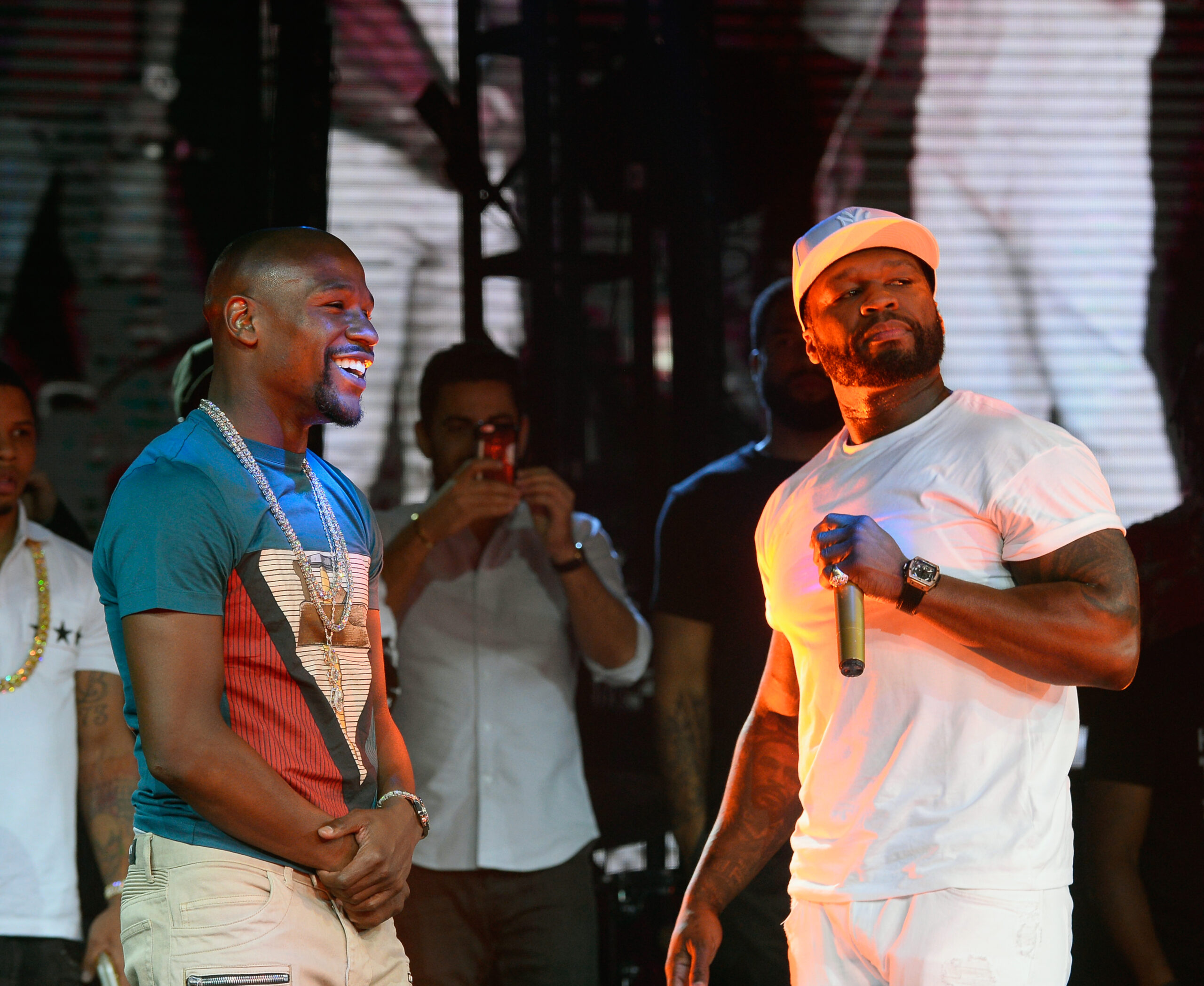 50 Cent may have a reputation for being the poster child for hip-hop feuds, but he knows a thing about quashing them. Last April, the rapper took credit for helping filmmaker Lee Daniels and Academy Award-winning actress Mo’Nique end their years-long conflict. Recently Fif revealed the comedian returned the favor by helping him make amends with his former faux and boxing champion, Floyd Mayweather.

On Sunday, Aug. 14, the television boss shared an Instagram post featuring a photo of the famed athlete with the “Confirmed Tycoon” stamp in the upper left corner. Fif captioned the post, “Yeah Champ said he gonna pull up on me for Tycoon so you know we gonna go crazy. Big bags coming out TMT floyd mayweather BOOM.”

Fif went on to confirm the reunion during a recent appearance on Power 105’s “The Breakfast Club” when host Charlamagne Tha God asked if the two men were “cool” again. The two have gone at it for years via social media, where the rapper poked fun at the boxer’s literacy.

However, their quarrel appears to be in the rearview after Fif shared that he hung out with Floyd in Las Vegas around his birthday last month before revealing Mo’Nique’s intricate role.

Fif said he and Floyd were both attending MoNique’s comedy show during Super Bowl weekend when it all went down. ”That separation does hurt if you’re not engaged,” the rapper said, recalling the two parties sitting apart from each other at the event.

“Then Mo’Nique came up–she spent like 10 minutes of her set on me and Floyd,” he continued. Fif admitted listening as the actress called on the two men “to stop beefing with each other.”