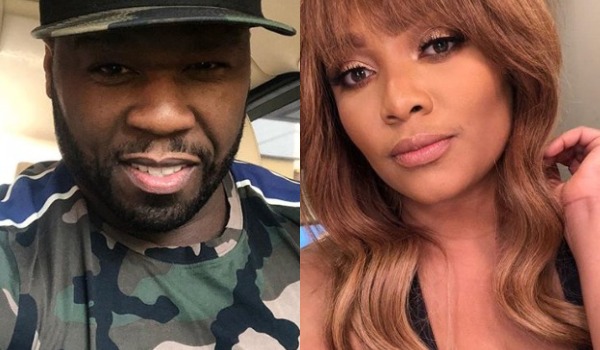 Three years later, and the 50 Cent versus Teairra Mari dispute is not over yet. It looks as if the rap mogul is still trying to acquire his judgment money from the “Love and Hip Hop: Hollywood” star.

In his newest “The Breakfast Club” interview, the “In da Club” rapper was asked if he ever received his payment from Mari, where he explained money has yet to be sent his way.

The original judgment against Mari was roughly $30,000, however because of delays she allegedly now owes 50 Cent more than $50,000.

“I think it’ around 50 something thousand.. Yeah, It keeps going up because she keeps delaying and moving around.” He explained as he later joked that, “She’s gonna feel like she went to college.”

As the interview progressed, 50 admitted the situation is more about the principle rather than the money itself.

“I have to set examples so people don’t keep coming to play with me.” He revealed.

This isn’t the first time 50 Cent has spoken out about Teairra’s debt to him. 50 has trolled Teairra in the past on Instagram where he stated that he is still waiting to be paid.

Unfortunately for Mari, the judge sided with 50 Cent’s claim that, “he was just reposting what was already all over the internet.” 50 had countersued Mari for his legal fees in the case, which he was awarded by a judge in January 2019.

Mari has claimed multiple times since then that the reason she hasn’t paid him is because she is “broke, broke.”…