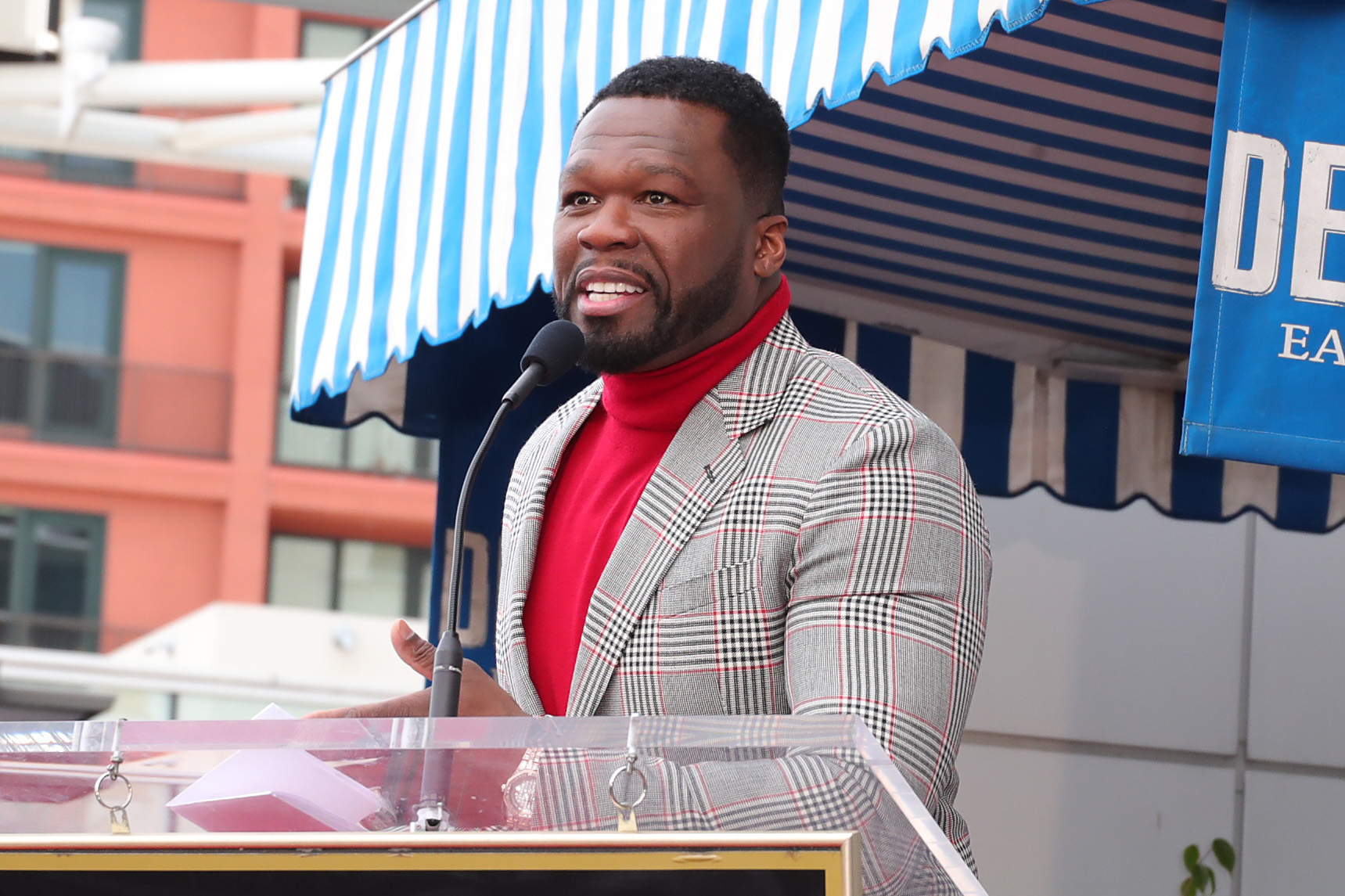 Rapper 50 Cent was shocked to learn that a fan had tattooed his face and name on his back. The “Power” producer shared a picture of the tattoo on his Twitter page on May 27.

A fan with the Twitter handle @showyoh237 tagged the rapper after posting a picture of his tattoo with a caption announcing his “true love” for his father. “Showing true love for my father @50cent,” he wrote. “My mentor in the music world.”

HOLLYWOOD, CALIFORNIA – JANUARY 30: Curtis “50 Cent” Jackson speaks during a ceremony honoring him with a star on the Hollywood Walk of Fame on January 30, 2020 in Hollywood, California. (Photo by Leon Bennett/Getty Images)

The words “50 Cent” are tattooed on the back of his right shoulder blade. A large tattoo of what is supposed to be the rapper’s face and torso also covered the man’s back but didn’t quite capture the rapper’s likeness. Fifty is showing off his muscles in the shirtless tattoo while wearing two crosses around his neck. Also tattooed on the fan’s back are the words “Father and Son.”

After seeing the fan’s large back tattoo posted on the rapper’s Twitter page, users had jokes. One fan joked about the tattoo artist’s penmanship. “That’s how I drew 50 in 4th grade,” they wrote. Another fan joked about seeing a tweet that noted the fan’s tattoo cost fifty cents. “I seen someone tweet ‘that tattoo cost 50cents.’” Another user replied that 15 cents were lost in the sofa cushion. “Naw that 35 cent. The other 15 cent got lost in the sofa cushions. Lmao.”

Another fan also joked about the tattoo’s lack of resemblance to the “I Get Money” rapper and noted they didn’t see 50. “It reads 50…