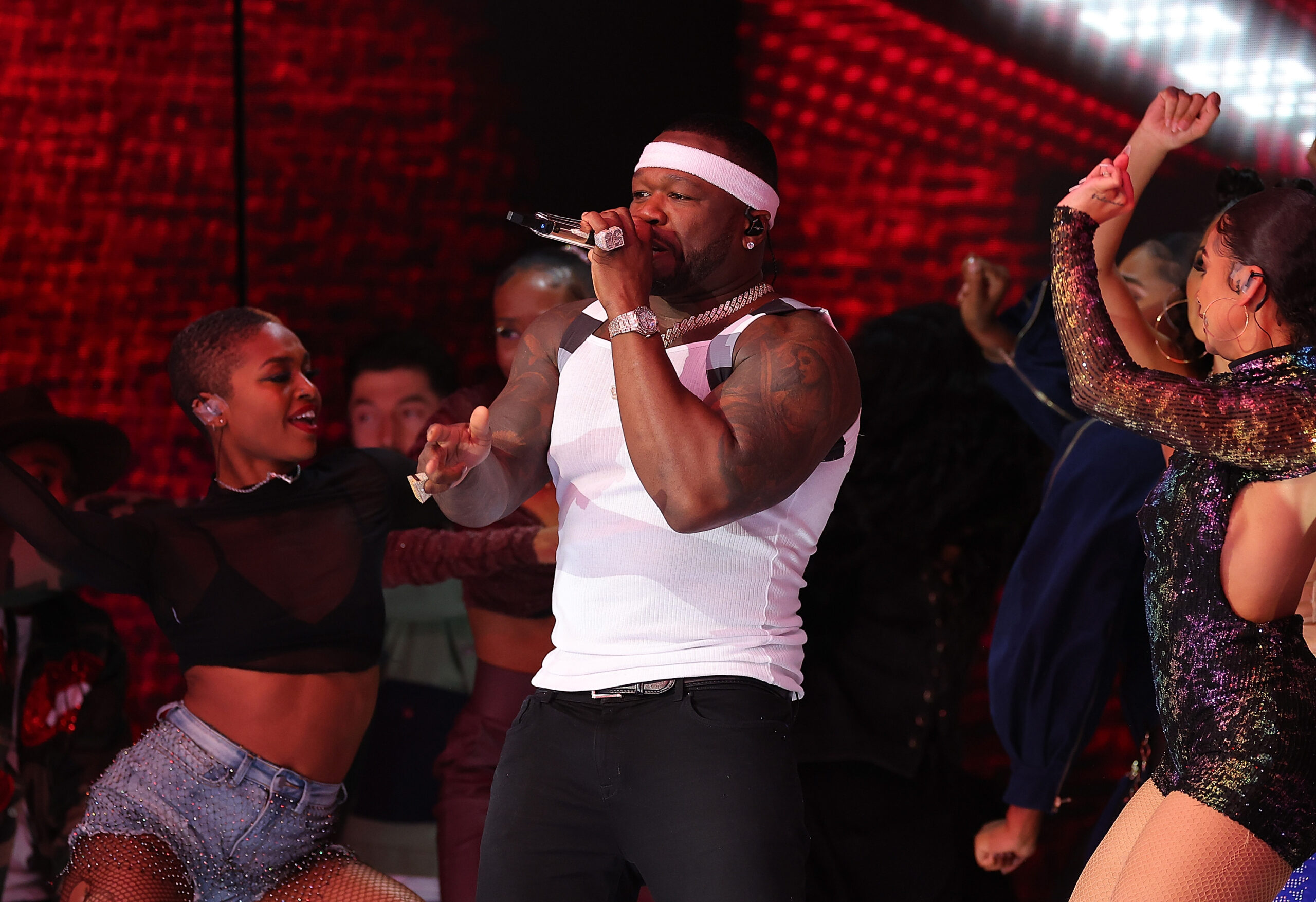 50 Cent is not known for his dance moves, but that did not stop the rapper from recently hitting a smooth two-step.

Fifty, real name Curtis Jackson, flexed his dance moves while joining popular social media personality Bryce Hall for a TikTok video. The rapper started off strong by nailing the swinging of hs arms and side steps, but by the time the footwork picked up, 50 opted to instead do a few hand gestures and a shimmy. He ultimately walked off with a smile plastered to his face as Hall wrapped up the last of the dance moves.

Fans were taken aback by the video that featured 50 in rare form. Throughout his 20-year career, 50 has surprisingly managed to not find himself roped into choreography. “What in the candy shop is going on here boo boo…just make sure MBF is ready for when raising kaanan done yeah,” commented a fan.

“I wonder how Bryce was even able to get 50 to do this [laughing emoji],” wrote another person. The “Power” co-creator is currently working on his latest film project, “Skill House.” Hall is a part of the cast, hence the reason he was able to have access to 50 and ultimately get him to participate in the light-hearted video. The film marks 50’s foray into the horror genre.

While the dancing was entertaining, several fans were instead impressed with the rapper’s physique. This past February, 50 joined Snoop Dogg, Dr Dre, Mary J Blige, Kendrick Lamar and Eminem for the performance during the Super Bowl’s halftime show. While fans were captivated by the heavy West Coast-influenced performance, countless others could not help but to notice 50 appeared a bit larger than they recalled. The Queens, New York, rapper performed his hit record, “In Da Club” — which was produced by Dr Dre— while hanging upside down. His unexpected position on stage was a nod to the video, where he has several shots rapping the song while hanging upside down.