BREAKING NEWS
GMT-4 11:46
Home Technology 7 months in, I have to ask: Why do I keep playing Wordle? 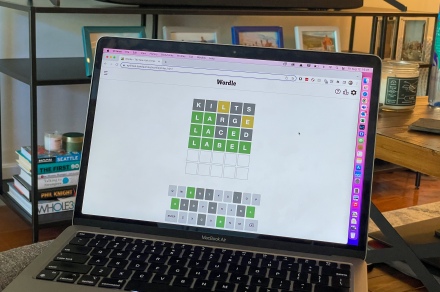 7 months in, I have to ask: Why do I keep playing Wordle?

For a lot of people, the hype around Wordle faded quickly after its initial popularity spike. At the end of December 2021 and into the New Year, it permeated public consciousness. Every day Twitter was flooded with discussion of the day’s Wordle. In early January it apparently eclipsed 300,000 daily users. The phenomenon was national news. The New York Times took notice early on, and bought the game from its sole developer for a nice chunk of money.

It would’ve been easy to call that moment “peak Wordle.” I’ve been playing it every single day from early in its popularity, but I thought it was just me and a handful of nerds who were left. It clearly wasn’t. To pull back the curtain just a tad, our articles highlighting Wordle tips and tricks every day are at times the most-viewed articles on Digital Trends. Yes, still, in August 2022.

Who knows if this timeline is entirely different from what would’ve come of Wordle had The Times not acquired it. But it’s clear that Wordle still has serious legs as a popular online word game. Google Trends shows a small drop-off over the course of the year, but significant staying power — people love Wordle, even if they aren’t talking about it much.

I’ve long since steered away from posting every Wordle result to my Twitter. And it isn’t a regular point of conversation with friends or family as it was in the early days. Yet, I haven’t missed a day of Wordle in seven months. At the time of writing, I’ve played the game 208 times — yes, I know that’s a bit ridiculous.

Wordle is part of my morning routine. Wake up, start the coffee, and open up Wordle. When my girlfriend or I are traveling, the morning starts with a familiar message, “Did you Wordle?!” — before sharing results. I steer clear of our Wordle tips and tricks articles to avoid spoilers, and despite my inherent competitiveness I don’t really care that I’ve broken my streak 5 times with failed attempts. I don’t take it seriously — it’s just a simple, fun game.

Wordle asks little of me, and provides a nice jumpstart to my brain…