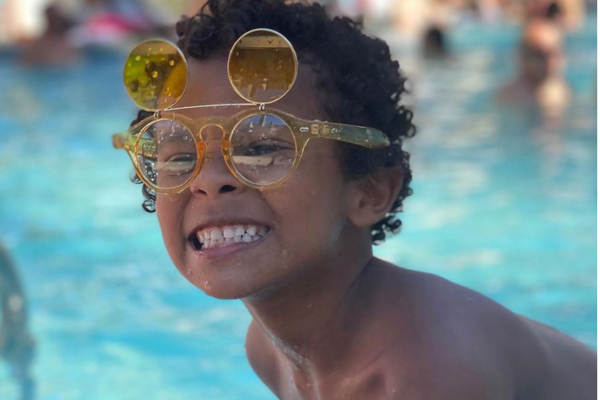 A 7-year-old boy is living up to his name by saving a toddler from drowning in a California pool.

According to reports, Massiah Browne was swimming in an apartment complex pool in Sacramento on July 19 when he noticed a 3-year-old boy needing help.

Massiah Browne, 7, is being hailed a hero for saving a smaller child from drowning. (Photo: Instagram/@siah.fire)

“I was just playing in the pool, and then I saw a boy at the bottom of the pool,” the second-grader told “Good Morning America.” “And I went to go get him.”

Massiah braved through six-feet deep water to grab the boy, his mother, Tiara Delvalle, said. He said the younger boy still had his mouth and nose open when he dove down to pull him up to the surface.

“He was just, like, upside down, face down, floating on top of the pool,” a woman, who witnessed the incident, said.

Massah’s 9-year-old relative, Savannah, who was with him in the pool, then pulled the toddler onto the pool deck, where the boy’s mother performed CPR, and an adult called 911.

Sacramento Fire Department officials said the 3-year-old was breathing when first responders arrived on the scene. He was transported to a nearby hospital and has recovered.

Delvalle has shared several pictures of Massiah and his younger brother on social media. The Browne Brothers even have their own Instagram page where Massiah can be seen swimming, diving, rapping in a studio, and traveling all over the globe. He also has an individual Instagram page.

“I’m young. I’m handsome. I can do anything and then some,” said Massiah, who also goes by the superhero nickname “Siah Fire.”

Massiah may have gotten his courage from his father, Marcus Browne, a boxer who competed for the U.S. at the 2012 London Olympics.

“He’s super empathetic, so for him to do something like that, I mean, for real, is really nothing out of the ordinary,” Marcus Browne said. “It’s just crazy that he is 7 years old, and he is doing things like that.”

Both of Massiah’s parents are proud of his life-saving…