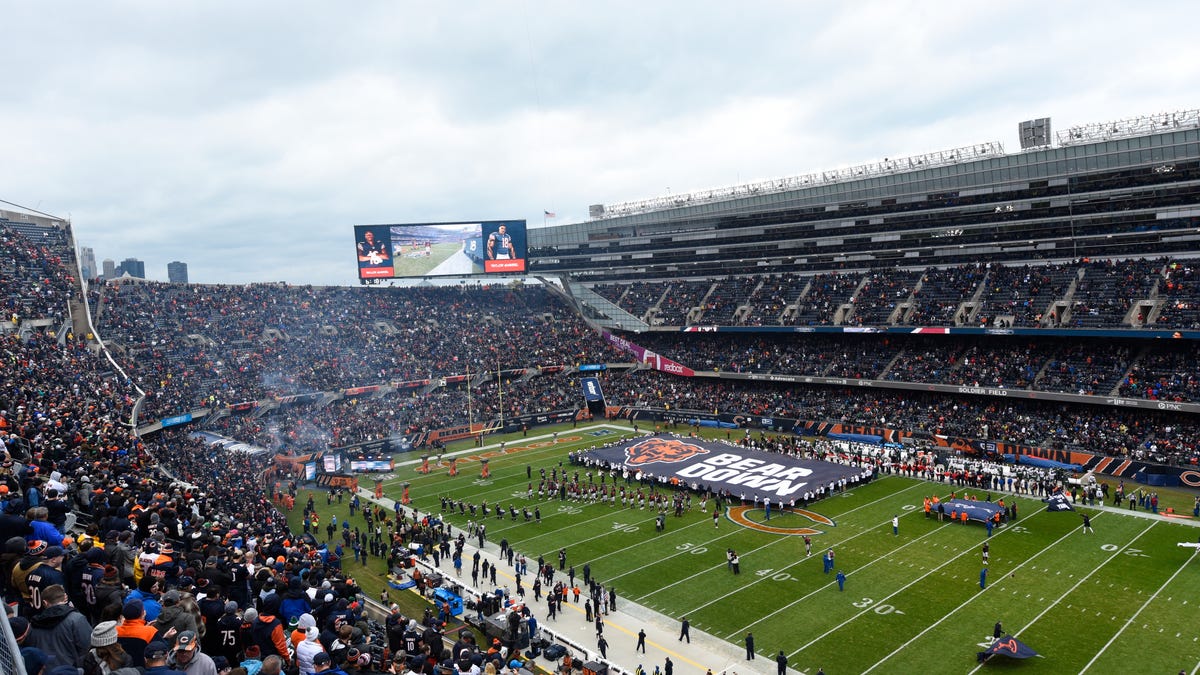 Hmm, let’s think. After the Bears purchased land in Chicago suburb Arlington Heights and the rumors began to swirl that they might be planning to move out west at some point in the relatively near future, let’s put ourselves in the shoes of Chicago’s mayor, Lori Lightfoot. What can we offer the Bears so that they stay at Soldier Field? Well, because of the way it was built as well as its downtown location, expansion isn’t really an option for the stadium with the lowest seating capacity in the NFL. Subsidies or tax breaks? No, no, there must be a better idea.

Oh, I’ve got it! A dome! On a building that is completely uneven and in no way would support a roof! In a stadium whose biggest draw is its stunning view of the Chicago skyline! Yes, a roof will stop them from moving to a piece of land that they just spent $200 million on. We have to make it even more spaceship-esque.

I’m a little confused as to whether Lightfoot thinks that Arlington Heights is operating in a warmer climate than Chicago, less than 30 miles away. I don’t think the weather is driving them out of town. No, it’s probably the insane traffic on the way there, the lack of good parking options, the difficulty of reaching it by public transportation — really, the inconvenience of it all. No renovation fixes that.

If the Bears have made up their minds to follow in the footsteps of just about every 33-year-old Chicagoan and head out to the burbs, no dome will keep them in the city. The Bears actually lease Soldier Field rather than outright owning it, and they would be able to leave their current lease in 2026, giving them ample time to build a new stadium at the old Arlington race tracks that they’d own outright, joining a select few NFL teams in full ownership of a stadium.

Listen up
The Audible Premium Plus experience for Amazon Prime users includes unlimited listening to the Premium Catalog, plus (see what they do there?) one credit per month for any title of their choice.