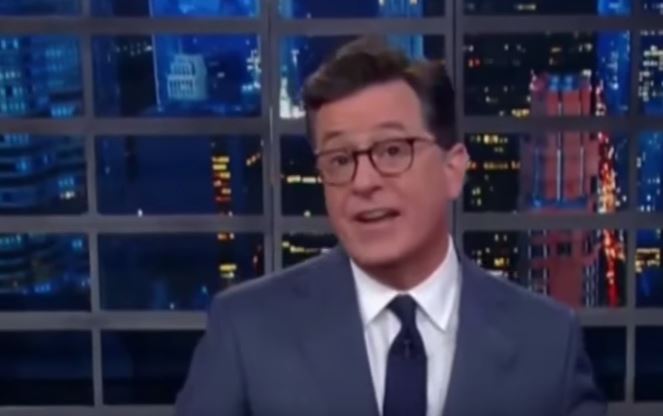 At least one House Republican is outraged after the 1/6 Committee hearing. Rep. Greg Steube is angry that the DOJ will not be prosecuting Stephen Colbert’s team.

A group of nine people associated with Colbert’s show wandered away from their staff escort while filming a Triumph the Insult Comic Dog segment and were charged by the Capitol Police with unlawful entry into a Capitol building.

Biden’s DOJ announced they won’t be prosecuting Colbert’s team for trespassing at the Capitol complex.

Meanwhile, they continue to make January 6th arrests for the exact same crime.

What happened to equal justice under the law? Not political justice.

Stephen Colbert’s team was allowed to be in the Capitol. However, they were told they had to stay with their staff guide, and they did not, so the Capitol Police kicked them out.

Republicans are trying to both sides the insurrection, but the media hasn’t fallen for it so far. Merrick Garland and the DOJ have nearly 400 defendants who took part in the 1/6 attack awaiting trial.

The DOJ has better things to do with its time than prosecute a hand puppet and a comedy show staff.