BREAKING NEWS
GMT-4 10:15
Home Black Global A Man Loses Half Of His Body From Accident And Gets Married After – YARDHYPE 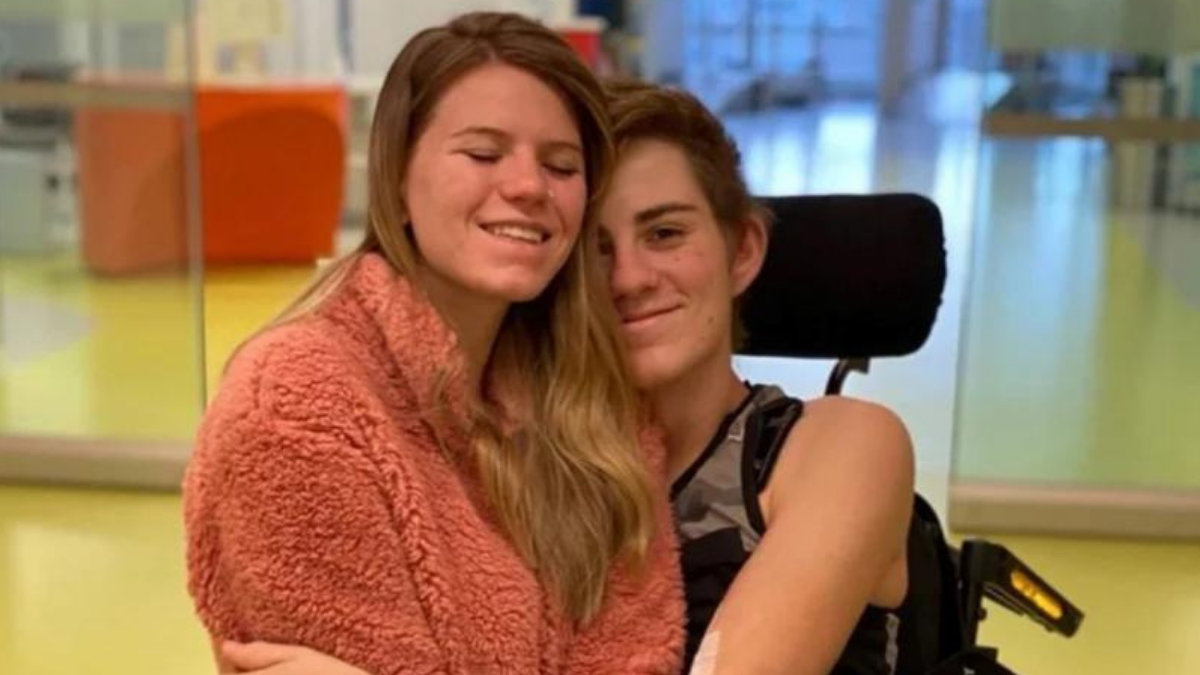 Posted By: adminon: May 18, 2022In: Black GlobalNo Comments
Print Email

After having a horrific near-death experience which led to his legs and his right hand being amputated, Loren Schauers wedded his faithful girlfriend who he was dating for 18 months before the accident as she had continued to stick by him after the traumatic experience occurred.

The 20-year-old male was almost killed back in September 2019 in Wilsall, Montana when he was working as a labourer on a construction site during a bridge rehabilitation job.

The horrific accident happened after multiple cars began illegally driving past him on the one-lane structure while he was driving a forklift over the highway bridge.

When one of the vehicles passed him, Schauers veered the forklift too close to the edge of the bridge which was when the ground gave way beneath the weight of the four-ton forklift. Being trapped by the seatbelt which kept him from jumping off, he was quickly swung from the machinery as it fell and rolled three times down a fifty feet steep hill.

Schauers recalled seeing the machinery coming down on his body as he was conscious when it crushed his hips and right arm. He even recalled seeing a “big, old piece of muscle” from his arm that was lying next to him on the ground.

In an attempt to save Schauers’ life the doctors had to perform a rare surgery called hemicorperectomy which had a great risk of him not surviving. The surgery which required his legs, genitalia, urinary system, pelvic bones, anus and rectum was completed and his right arm was also removed because of the damage that was done to it.

Now, even though he occasionally feels chronic pain, he is happily married to his 23-year-old wife Sabia Reiche, who selflessly gave herself to him.

Watch the videos with Schauers and Sabia Reiche speaking about their life and what they have to say about the sex questions they receive below.

RELATED: I Married A Woman Not Knowing She’s Pregnant For Another Man

RELATED: Kourtney Kardashian And Travis Barker Got Married After The Grammy Awards