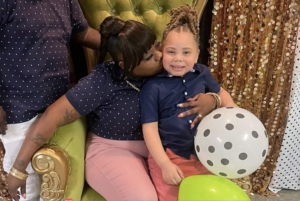 An Indiana family is dealing with unimaginable loss after a mother, and her 5-year-old son died within days of each other, according to the New York Post.

Kyler Jackson, the son of Kaylynn Davidson, 32, was accidentally shot by a 9-year-old nephew, and Davidson buried him on May 12, 2022, according to WSBT.

Five days after the young child’s burial, Davidson would also fall victim to gun violence during a fight outside a restaurant, according to police.

“I don’t know if I have any tears left,” said South Bend Police Chief Scott Ruszkowski to WSBT as he spoke about the family’s loss of both mother and son in one month.

“I can’t even imagine or fathom what that family is going to have to contend with from here on out,” Ruszkowski said to the news outlet.

Police arrested Kimarie Wright, 26, for being linked to the shooting, and according to authorities, the two women knew each other.

“You have the Davidson family now that’s doubly affected, that’s still reeling from a five-year-old being killed and now we have this on top of it all. I can’t even imagine or fathom what that family is going to have to contend with from here on out,” said Ruszkowski, pointing out everyone involved in the brawl knew each other.

Davidson was caught on video leaving the restaurant and striking another woman with many people trying to intervene to diffuse the fight, according to South Bend Tribune.

Wright faces murder and manslaughter charges, according to Tribune.

“While the evidence suggests that the victim may have engaged in a physical altercation with the defendant, due to the lack of imminent threat toward Wright or a third person, the prosecutor’s office did not find that the homicide was justifiable,” said prosecutors, according to the New York Post.