BREAKING NEWS
GMT-4 01:51
Home Politics A Top Senate Republican Is Livid After Getting Outwitted By Manchin And Schumer 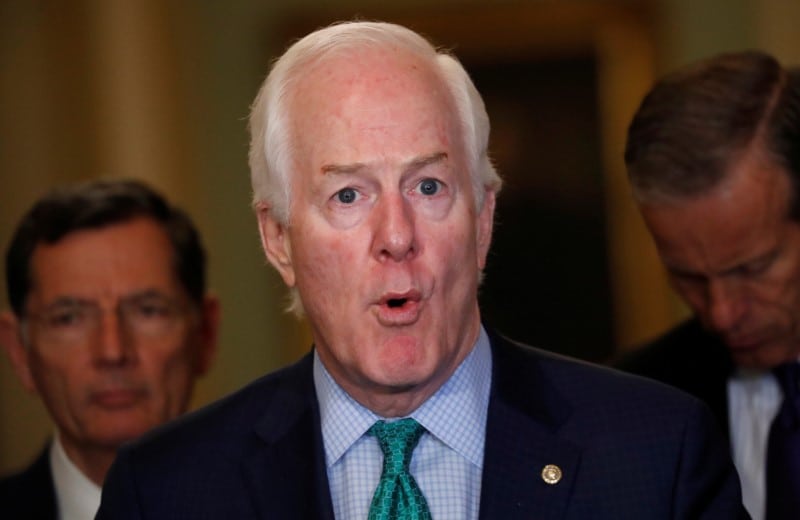 Sen. John Cornyn (R-TX) complained to reporters that Manchin and Schumer betrayed Republicans and committed an act of political warfare by agreeing to a spending deal.

To Sen. Cornyn, the secret negotiations over the Manchin-Schumer deal unveiled only after Republicans voted on CHIPs bill after threatening not to if there were a reconciliation deal, today was the breaking point:

“This betrayal is an absolute declaration of political warfare.”

As Sen. Cornyn complains, remember that Republicans in the House and Senate reformed the entire tax code and cut taxes for the rich without ever including Democrats.

Mitch McConnell said in 2017, “The only way you can achieve success in an environment like now, where there’s not much bipartisanship, is for us to have our act together and to work out our differences among ourselves.”

With those remarks, Democrats were not included in any of the negotiations over the Trump tax cuts for the rich.

The moment that changed the Senate came when Mitch McConnell blocked Barack Obama’s nomination to the Supreme Court. It is rich to read Senate Republicans crying about political warfare and betrayal today when they betrayed hundreds of years of precedent and the Constitution by hijacking a Supreme Court.

Schumer And Manchin Betrayed No One

Schumer and Manchin have been negotiating and publicly commenting on the negotiations for months. Sen. Manchin denies that the announcement of the agreement was intentionally delayed until after the CHIPS bill passed, but the two Senators kept the knowledge of the agreement and the progress in their talks quiet.

Democrats never agreed to not pass a reconciliation bill if Republicans voted for the CHIPS bill. There was no agreement. Republicans got outsmarted. They can whine and rage until the end of time, but Democrats managed to put together a spending agreement in a 50/50 Senate without a single Republican…