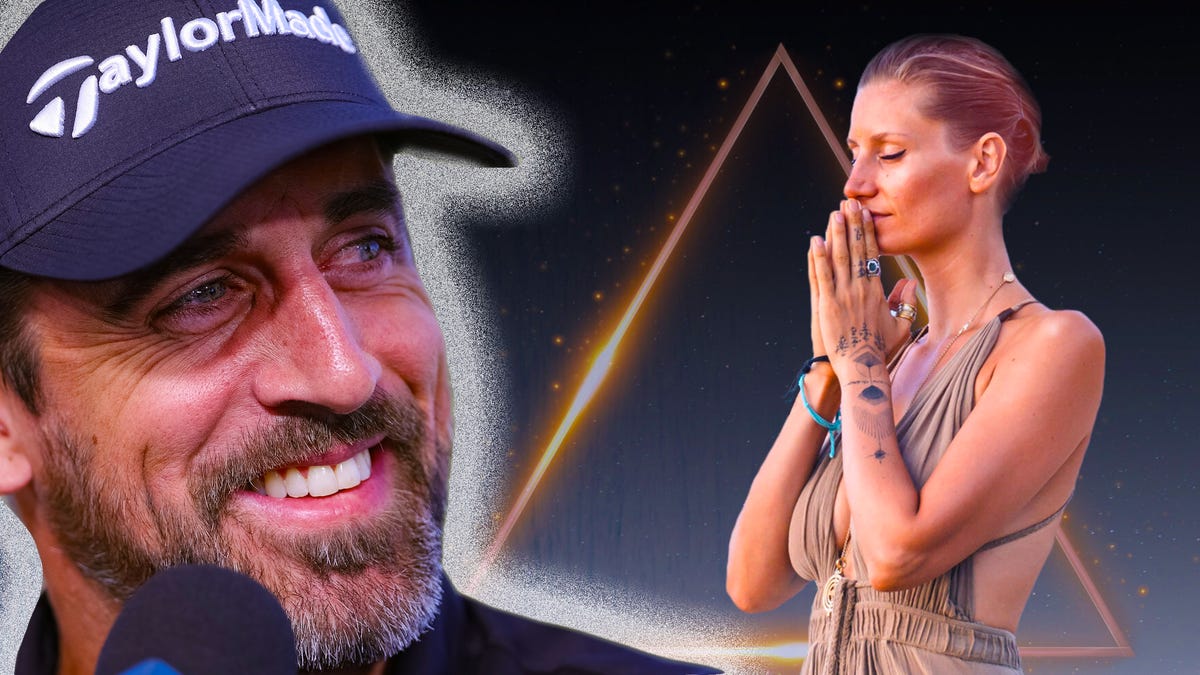 Aaron Rodgers’ new admirer Blu is just a normal hippie, not a witch

Aaron Rodgers is dating Blu, who is apparently not a witch.Illustration: Getty/blucosmiceagle.com

Guys, Aaron Rodgers isn’t dating a witch, and her name isn’t Blu of Earth. It’s just Blu, and she’s a podcast host as well as the founder of Florescence, a “modern mystery school for women to reclaim the magical, radically authentic, wise, wild, unapologetic you.”

If that business seems eerily similar to a modern-day Hogwarts, there’s a really good Harry Potter joke somewhere in there that’s currently escaping me because I’ve never read or watched those books/movies. Perhaps you can find some clarity from her podcast, DeJa Blu, which carries an equally confusing description. It’s a “space to dive deep into the unknown. Uncovering the mysteries of unlocking the potential of the human experience.”

And you can find Blu on Apple Podcasts, where she gets “raw, unscripted and unapologetic in sharing her own personal journey of awakening into her truth with the intention to help others come home into their heart.”

After a photo of Rodgers and Blu surfaced of their, I’m guessing, audition for the next season of Naked and Afraid, the website SideAction reported(?) that the two are an item and that she identifies as a witch, is a medicine woman, plays the acoustic guitar, and enjoys psychedelic drugs.

The ultimate 4K experience
Brilliant details shine even in daylight with Quantum Matrix Technology. Powered by a huge grid of Samsung’s ultra-precise Quantum Mini LEDs, it takes exact control of the individual zones of light in your picture for breathtaking color and contrast.

However, after the internet got off as many jokes as will get you trending, Blu responded via Instagram, saying in her stories that her name is just Blu, not Blu of Earth, and that she does “NOT identify as a witch” — which (hey-yo) she found “hilarious.”

Also presumably having a good laugh about all of this is Rodgers’ ex-fiancee Shailene Woodley, who, if she was grieving, is surely exhaling in relief that she avoided marrying a man…