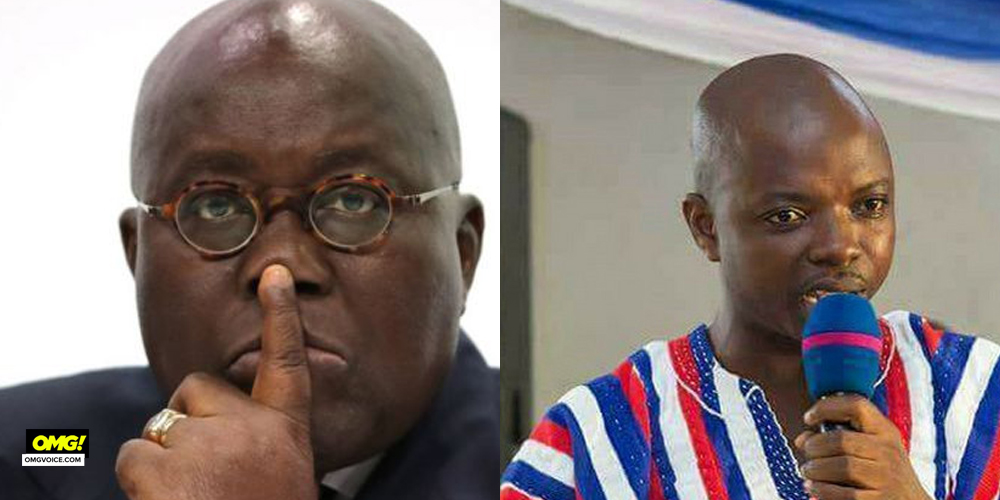 A video has emerged online going viral which shows Kwame Baffoe Abronye, alias Abronye DC, the Bono Regional Chairman of the New Patriotic Party (NPP), lamenting how President Akufo-Addo has become weak and is not meeting expectations, contrary to his image as a strong man.

Abronye, who recently graduated from the Ghana Institute of Management and Public Administration (GIMPA ) with an MSc in Energy Economics said that President Nana Addo Dankwa Akufo-Addo as a candidate and his personality now are two different people.

“Those who say this is not the man they know are right. What is happening? As for me, I agree with what the people are saying. This is not the Akufo-Addo we know. No. It is not him,” he said in a Wontumi TV appearance that is going viral.

It is not clear whether the video is a recent appearance or an old video.

The Regional Chairman said that he is very surprised about the President’s latest public image as a soft man.

He is, therefore, advising the president to go back to his old “no-nonsense” approach to deal with stubborn appointees of the government who are making the government unpopular.

In May this year, NPP delegates in the Bono Region voted to retain Abronye as the party’s regional chairman. Some people say he is popular because of these statements he makes on radio and TV.

Mr. Baffoe had 173 votes out of the total valid votes cast to beat Konlaabig Rasheed who was the incumbent Regional Organiser.

Abronye earlier reportedly fell out of favour with President Akufo-Addo after he was reportedly sacked from the convoy of the President.