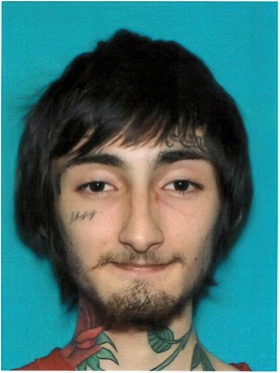 “These are just the first of many charges that will be filed against Mr. Crimo, I want to emphasize that,” the AG said.

AG Eric estimated that accused gunman Robert will likely face “dozens of more charges centering around each of the victims.” These charges will include attempted murder and aggravated discharge and battery.

Robert virtually appeared before a judge on Wednesday morning. The 21-year-old will remain behind bars without bond, awaiting his preliminary hearing on July 28. At the hearing, an assistant state’s attorney said Robert voluntarily confessed to firing into the crowd to law enforcement via a statement.

What Police Know About The Accused Shooter’s Attack

So far, police believe Robert acted alone but planned the attack weeks in advance. On Tuesday, Chris Covelli, Major Crimes Task Force spokesperson, gave additional updates about Robert’s attack. Robert disguised himself as a woman to blend in with the parade crowd–and it unfortunately worked.

“He blended right in with everybody else as they were running around, almost as (if) he was an innocent spectator as well,” Chris said.

Investigators are still piecing together a motive, but police say the attack doesn’t seem to be racism or religion-motived at this time.

What is known is that Robert got on the roof of a business using the fire escape ladder. He positioned himself on the roof and from t5.here fired more than 70 rounds toward parade viewers.

Robert allegedly later used the crowd commotion to escape to his mother’s house nearby. He then took his mother’s car but police later…