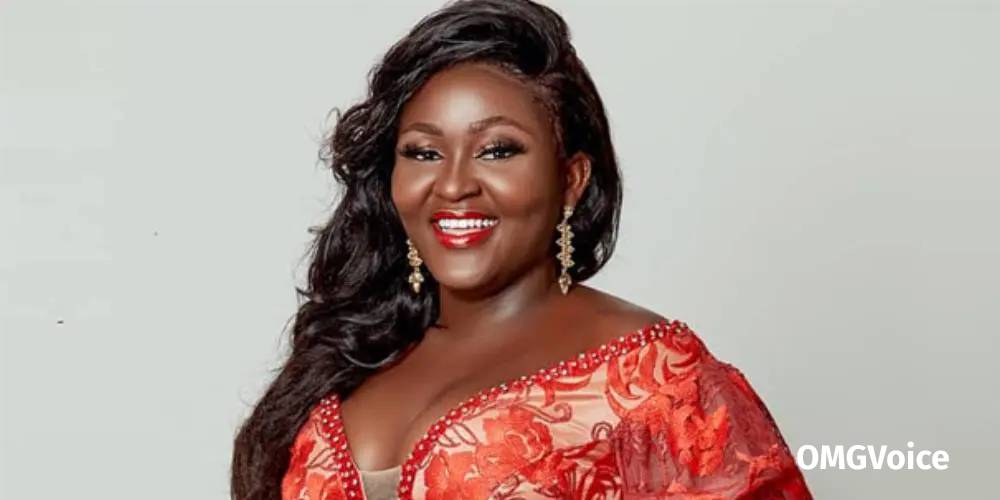 AJ Poundz “I Didn’t Snatch My Husband, His Ex-wife Cheated And He Left”

Onua TV’s AJ Poundz shared an exclusive with Delay addressing rumours surrounding her husband and marriage. She explains that her husband was already on the divorce path when she became romantically involved with him.

According to the gossip vine, AJ Poundz’s husband was married when they started dating. Many have actress the actress of snatching the man from his poor wife.

But AJ has disclosed that her husband’s ex-wife publicly cheated on him. Which resulted in a break-up before she arrived on the scene.

AJ Poundz also added that agreeing to stick with her husband through thick and thin was the best decision she ever made.

“That was the circumstance that i met him in. He was going through a lot of things at that time. He was broken and starting life all over again. He is the best thing that’s ever happened to me. I don’t know what the future holds. But for the few things i have seen in these four years of our journey, let me enjoy it while it lasts. I’m happy.

“I realised that you don’t need to fight for his attention. If you meet the man that loves you, you won’t stress yourself,” she concluded.