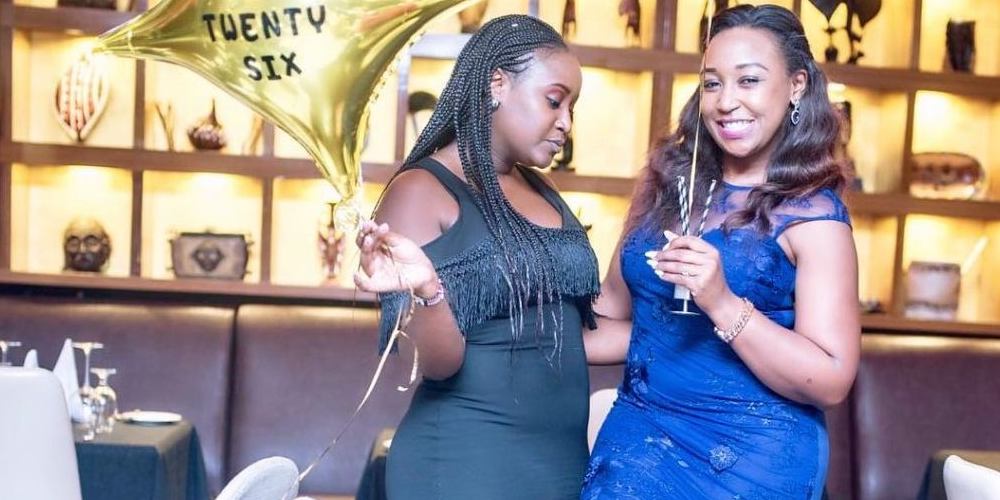 Media Personality Betty Kyallo and her sister and businesswoman Mercy Kyallo have opened up on their relationship status.

In an interview, both Mercy and Betty confirmed that they are single.

On her part, the Yallo Leather founder and CEO (Mercy), affirmed that she is enjoying her single life with zero pressure to get into a new relationship.

During the conversation, Betty snitched on her sister, revealing that previously she was dating a Maasai man but she doesn’t understand why they broke up as they were good for each other.

This series (Kyallo Kulture) is very rich, because we are very real. People think that I’m the only one with problems, people know her (Mercy) as a businesswoman who doesn’t have scandal, but wait and see.

“Alikuwa Mmaasai mzuri hata sijui mbona waliachana, they were good for each other. But on the show were are hooking up Mercy with a blind date and it turned out the most horrible way…you guys just watch Kyallo Kulture. She didn’t like the person we selected for her…Huyu ako single and lonely,” Betty snitched on her sister Mercy.

However, Mercy interjected with an explanation that she is enjoying her single life and not lonely at all.

“I’m not lonely, I am single and I have enjoyed my single life and on the series (Kyallo Kulture) my sisters are trying to hook me up with someone but they don’t know my type.

“The dating pool especially in Nairobi is another tough world and we show all that in the series. You have to learn somebody, and probably they have their own problems/issues and you also have yours,” Mercy Kyallo expounded.

Betty Kyallo also detailed what people should expect from their reality series ‘Kyallo Kuture’ that premiered on July 17, 2022 on Showmax.

“Actually, we have shown who we would like to date, our taste, tried to hook up Mercy on a blind date and it failed,” Betty remarked.

Asked on whether she is dating, the Flair by Betty CEO replied;