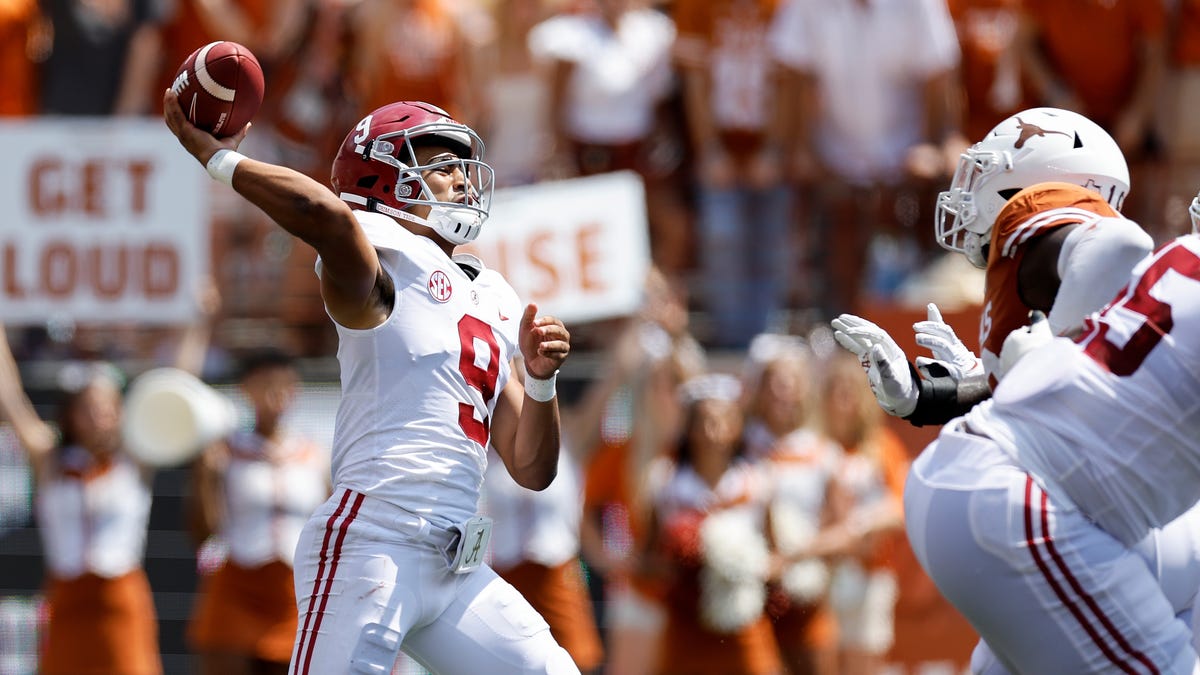 This is why people can’t quit Texas. They have all the talent to hang with and beat the best teams in the country even with a backup QB, and like Mikey with a number in Swingers, fuck it up. The rest of the SEC watching wishes that version of Alabama shows up to conference play, but still someone has to stop their running game and harass Bryce Young all game. Well, 59-ish minutes of the game.

With the offensive line struggling to protect him or consistently open holes, and receivers dropping passes for most of the game, Young drove the Crimson Tide down the field with relative ease, culminating in him Houdini-ing his way out of a sack and into field goal range.

Alabama would go on to make the field goal and win the game, 20-19.

Texas No. 2 quarterback Hudson Card made just enough throws to earn a lead late, and it’s reasonable to say that had Quinn Ewers not gotten hurt, Texas would’ve won this game. At the half, Steve Sarkisian said he was going to keep running his stuff, and if playing for field goals instead of touchdowns is his stuff, then maybe they still lose if Ewers doesn’t get roughed up.

Texas got inside the Bama 20-yard line five times, and walked away with one touchdown and three field goals on four attempts. One drive early in the fourth quarter was particularly egregious, running for all intents and purposes a fullback dive on second and five before kicking a field goal to go up 16-10. Young answered to make it 17-16 with the Tide’s first real sustained drive of the game. It was their first of three, the second of which ended on fourth and one and gave Texas the chance to kick a go-ahead field goal with a minute and change left, and the final was for the game-winning field goal.

The entire afternoon in Austin was drunk and sweaty, and it’s hard to feel good about Nick Saban’s unit after they escaped Austin despite 100 yards in penalties. I’m pretty sure the refs either had heat stroke, or a couple of Shiners themselves. It was poorly officiated throughout with lengthy reviews, and Longhorns’ fans have a legitimate gripe…