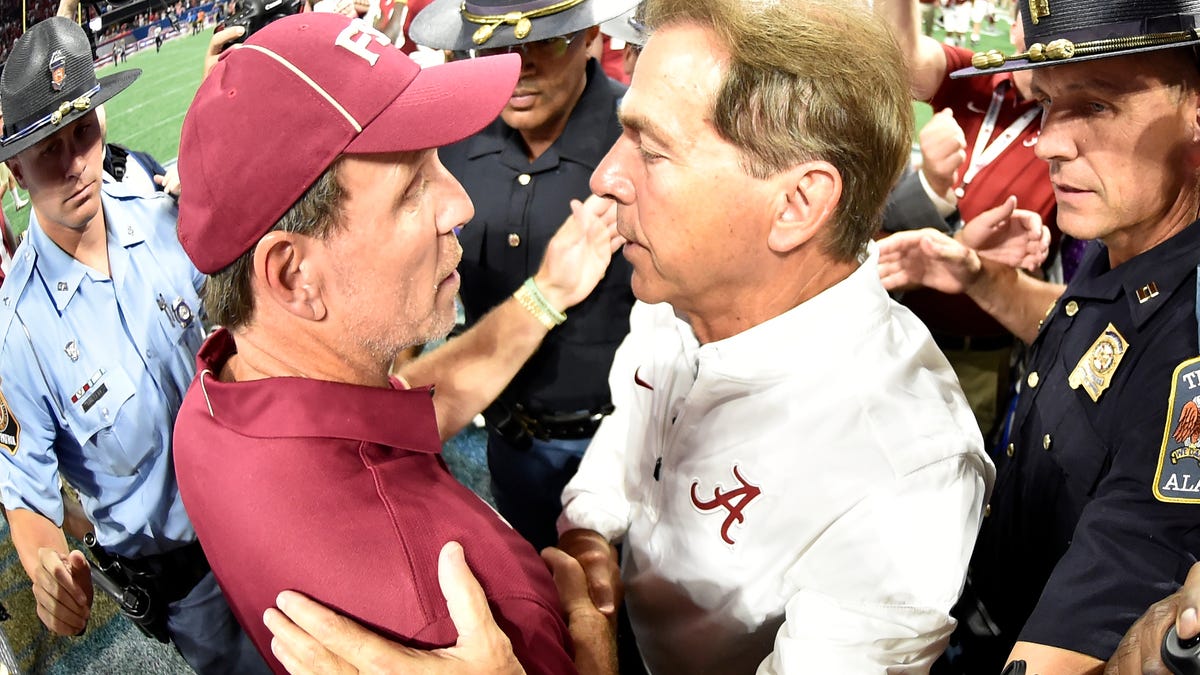 Last week, Nick Saban said that NIL is how former assistant and current Texas A&M coach Jimbo Fisher “bought every player on their team.” This week, Saban got an ESPN 300 quarterback recruit to commit to Alabama after he was originally supposed to play for Fisher in College Station.

Remember when Saban said, “We didn’t buy one player, all right?” last week? Well, no matter how Eli Holstein — a 6-foot-3, 215-pound QB from Louisiana — got to this decision, it doesn’t matter. Because due to his new coach’s previous statement, speculations on whether or not this move was a financial transaction will fly. And to add more fuel to the fire, according to ESPN, Holstein is the fourth ESPN 300 recruit from the class of 2023 that has decided to play for the coach that “doesn’t buy players.”

“We never bought anybody, no rules were broken….We’ve never done anything that goes against the laws of the state of Texas,” Fisher said last week. “Some people think they’re God. Well, go dig into his past or ask anyone who’s coached with him, find out what he does and how he does it. Go dig into how ‘God’ did his deal. You may find out about a lot of things you don’t want to know.”

Clean
Has a special flexible head to hit everywhere you need it to, has a variety of different functions to use to fit your preferred style, and is designed to last seven years.

Soooo… is the kid getting a pay raise, or nah?

The hilarity in this situation is the amount of jokes that it will create. The sad part is that now every time a player is choosing between those two coaches, a magnifying glass will be on them. God forbid that a player is choosing the best situation for their development, playing career, and endorsement opportunities. These players now have the same options that adults do when they make career decisions, but instead of that being celebrated, they’re being vilified and have found themselves in the middle of some drama between two old dudes that…