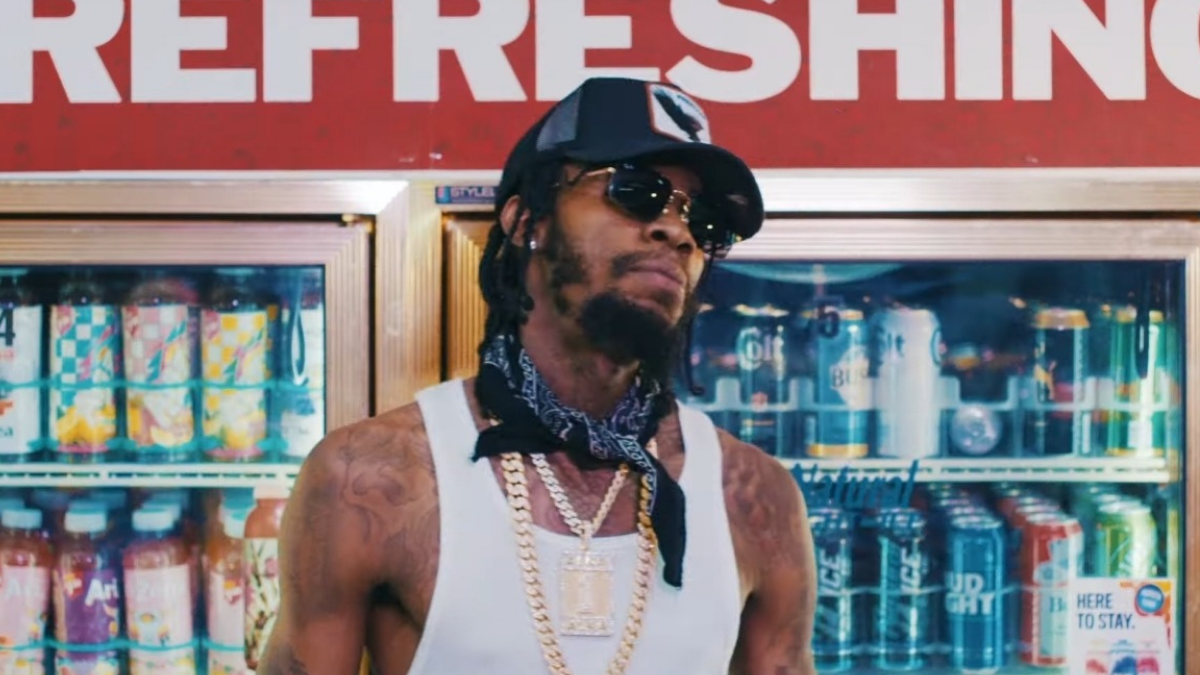 Alkaline is back on the scene with a music video for his war single “Static” which was dropped two weeks ago. The original track warning his enemies they didn’t want the type of static he carries, has since gained over five hundred thousand views on YouTube and now the Vendetta fans are granted visuals to enjoy, which surprisingly features the artiste armed with a water gun.

The music video, which is already receiving praises for its clean and high-quality visuals, stands out with the key factor that the singer is carrying a water gun. Whereas the typical trend, especially for grimy songs of this kind, is for artistes to be armed with prop guns. However, Alkaline is no stranger to doing things differently and grabbing everyone’s attention.

The music video transitions between different scenes that include a deserted area with his car and a supermarket, while Alkaline, whose eyes change into static, sings about annihilating his enemies with his weapon.