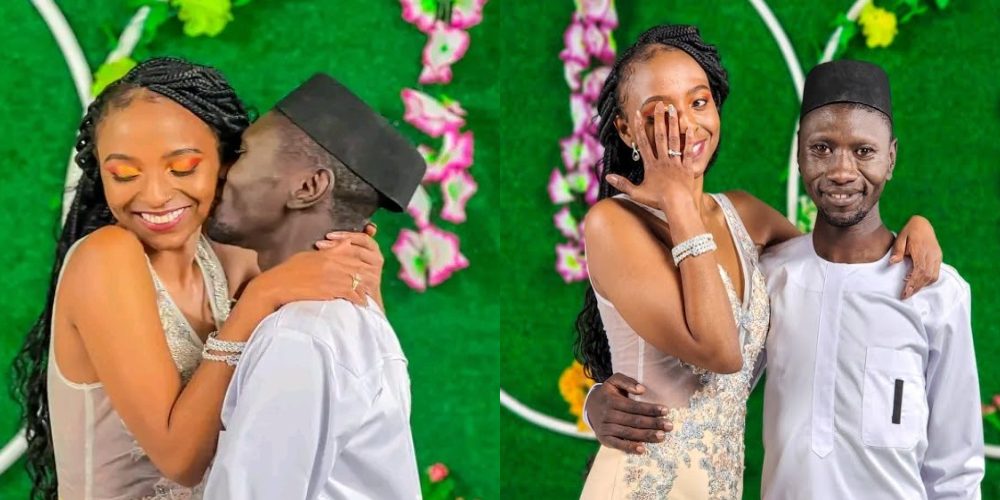 Stevo Simple Boy has come out to address the issue of his fiancee’s Miss Gee deep in tears.

In the video, the damsel was deep in tears and dramatically pulling at her headgear and singing along to a sad Swahili song about a breakup.

Stevo claimed that girls seeking fame were trying to sabotage their relationship and that is why his babe had been crying.

He also promised her that he would not leave her and their wedding plans were still in motion.

He went on to add,

The budding musician finished off by highlighting that he indeed did love her and that is why he’d gone to see her parents for the traditional wedding.

He also promised that he had a big surprise for her that he’d be unveiling tomorrow.

Miss Gee also posted a video claiming that she had forgiven Stevo and moved past whatever the incident was.

Telling haters that even though they had hurt her by the insults they’d hurled at her relationship was still going on strong before thanking her fiancé for meeting with her parents.