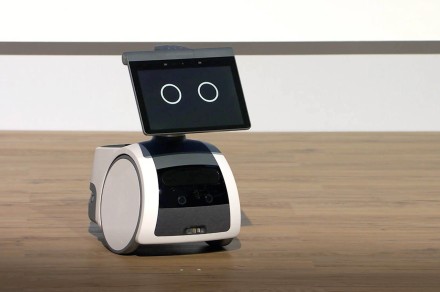 Amazon is holding this year’s annual hardware event on September 28 at 9 a.m. PT. The announcement was brief — and the email didn’t contain any specifics on what will be revealed — although it did mention that upcoming devices, features, and services will be the main attraction.

Last year’s event brought an incredible assortment of announcements. Not only did we get our first look at the Echo Show 15 and Amazon Smart Thermostat, but the e-commerce giant also debuted Astro, the bizarre (yet adorable) robot that essentially serves as a mobile smart display. Rumors about this year’s showcase have been surprisingly scarce, although we have a few predictions as to what Amazon might reveal during the fall event.

The Echo Dot, in particular, is a likely inclusion from Amazon. The lineup received a facelift in 2020, and 2022 would be a great time to issue some hardware updates that offer better sound quality and support for Dolby Atmos. A smart thermostat announcement also seems like a no-brainer, as Amazon could reveal a device that features built-in support for Alexa voice commands. And while Astro was introduced to the world during last year’s event, the quirky product was never made widely available to the public. If we’re lucky, that could change on September 28.

Amazon probably won’t release further details about the Devices & Services event, so we’ll just have to be patient and see what’s announced next week. The showcase is fully virtual, and attendance is by invitation only. Be sure to check back on September 28 for a full rundown of reveals, as there are bound to be a few big announcements.