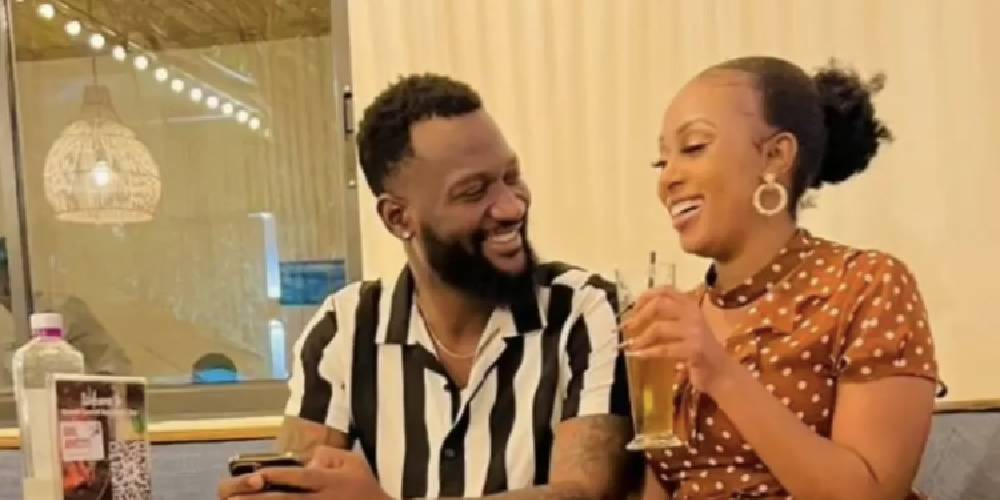 The controversial socialite started dating the Sierra Leonian after breaking up with her husband Jamal ‘Rohosafi’ Marlow in January 2022.

“Those I dated 2021 Your certificates are Out Please come and collect them & 2022 intake ongoing ….Chances are limited ? #amberthebrand,” Amber Ray wrote on January 24 while announcing her breakup with Jamal.

“I’m at a place where I do not want to build up my next partner. it is draining. I’ve done it. I’ve tried to be that ride or die, but it’s such an energy imbalance. I’m tired. I want someone who is already emotionally available, emotionally expressive and finically stable. that’s it ?,” she added.

Even though it didn’t end well with Jamal and her other previous lovers, Amber Ray stated that she was not giving up on true love.

“We ain’t giving up on love never! There is a reason why roho haina mifupa. I can’t wait to see what the future holds,” Amber Ray wrote on her Insta Stories.

The socialite quickly hooked up with IB Kabba shortly after her marriage to the matatu businessman hit rock bottom.

However, Amber Ray’s relationship with the Sierra Leonean didn’t stand the test of time either, they had a dramatic breakup in April.

The West African complained that Amber Ray was a toxic girlfriend, saying that the socialite was very insecure and that she used his phone to block people on Instagram.

“If you are doing something that is not right, then, you are like, ‘I want to be in control of their life. She got everything twisted, why would I want to control her life? She used to use my phone and block people on Instagram and I have never gotten into her phone,” Kabba said during an interview with a local publisher.

“I don’t think everyone is surprised that Amber Ray has moved on, if I knew the kind of person she was from the start, I would have never been involved with her. I don’t regret what we had, but it seems that she has moved on many times before.

“People told me a few things about her and told me…