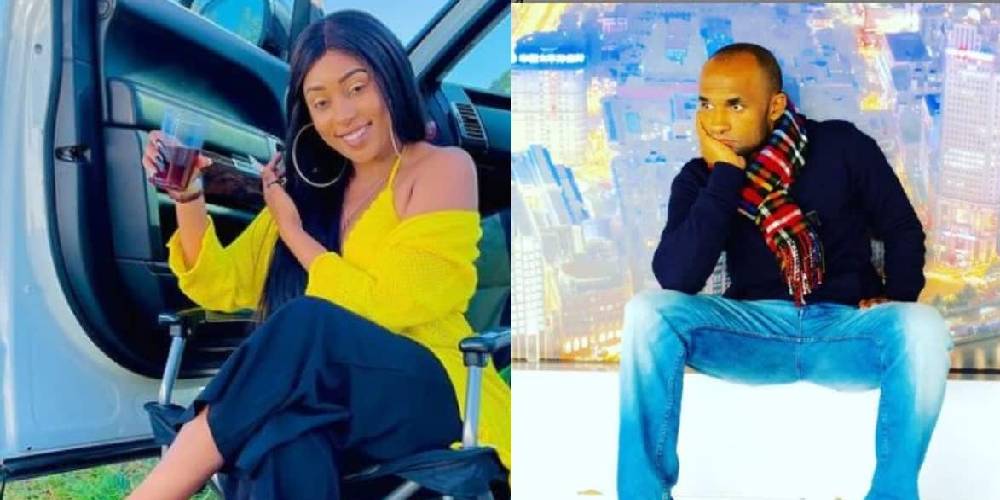 Kenyan socialite/ entrepreneur Amber Ray in an episode on her YouTube channel finally opened up about her relationship with tycoon businessman Zaheer.

On whether she likes dating other people’s husbands, Amber was confident enough to say, ” hell no!”

” That is something people like crucifying me for a lot, I’ve only dated two married men in my life, and the first one I honestly didn’t know he was married, he didn’t tell me anything.” The mother of one said.

Amber went on to detail her life back then and how she met with her now ex, Zahir.

” Things didn’t work out with Baba Gavin so I had to move back home to my mom’s house. I was depressed, hustling and all, and then a friend called me to vixen for a certain musicians video,” started off Amber.

She laughs recalling that the gig paid only 5k but she was desperate for money and jobless so she just went.

” When we were finishing the shoot Zahir came, he was friends with one of the artists and that is how we met and he didn’t have a ring on his finger,” Amber said.

” He came said hey and took my number and was like we can be friends, he didn’t give any indications of being in a relationship. He was so casual that he would even leave me with his phone and be like if it rings, you can pick it up,” Amber narrated in a bid to exonerate herself and clearly show how she must have missed the signs that he was a married man.

She went on to add that the only thing he had told her is that he had two kids and he lived with them together with his mom and a house manager and I was totally okay with it.

” He used to tag me to almost all his meetings and he’d introduce me to his friends as his wife, you know he was a politician so I’d meet all these high profile people and he’d still tell them I’m his wife.

He never hid me, he was so proud of me and mimi I knew side chicks get hidden,” Amber explained.

Noting that all these things are what made her love him even more and completely trust him.

On how she knew he was married, Amber said

” I was with him chilling in the house, he received a phone call and was like I’m leaving…