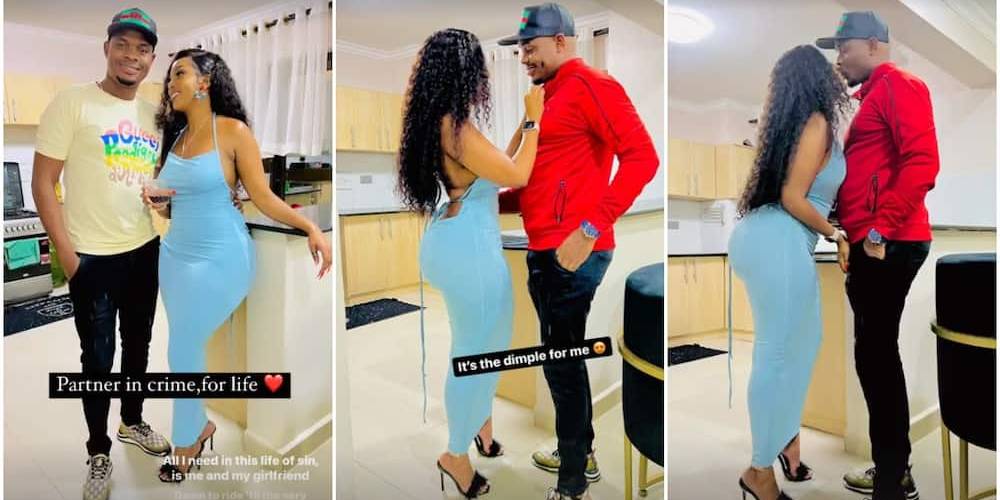 Amber and Rapudo are in the coast on baecation and having a grand time.

Kennedy is said to be funding her lifestyle, and the multiple accusations resulted in Amber Ray addressing the public in a harsh note.

“As you continue shouting ooh, she is being kept by a man, ooh it’s her boyfriend funding her lifestyle, ooh that business was opened for her by her sponsor, what is your own boyfriend doing for you or what are you doing for your girlfriend?”

And now in the midst of their cosy moment in the Coast, a woman has accused Kennedy of being deadbeat He allegedly has a 6 year old son and a 10 year old daughter.

In a bitter exchange with a woman, Kennedy is told to prove he is hiding his two children and a wife.

One of his alleged baby mama confided in Edgar Obare through his Telegram Channel that Kennedy Rapudo is a missing father.

Kennedy took to his own Instagram to show off the kids.

Back in June in the thick of their new romance, Kennedy wrote a heartwarming note about how Amber makes him feel.

“Falling in love is when she falls asleep in your arms and wakes up in your dreams. ,” he captioned the cute photo. In another post, he wrote: “Keep your eyes on the stars, and your feet on the ground.”

But he was warned by a troll that he will experience premium tears very soon.

A female fan commented on the post, telling him his relationship with Amber wouldn’t last long.

Kennedy savagely responded to the fan, telling her off. “Don’t be bitter, be better . Let’s try and give more love and less hate, it’s good for your soul,” he said.