BREAKING NEWS
GMT-4 03:44
Home Sports Ambidextrous teen QB could be the next evolution at the position 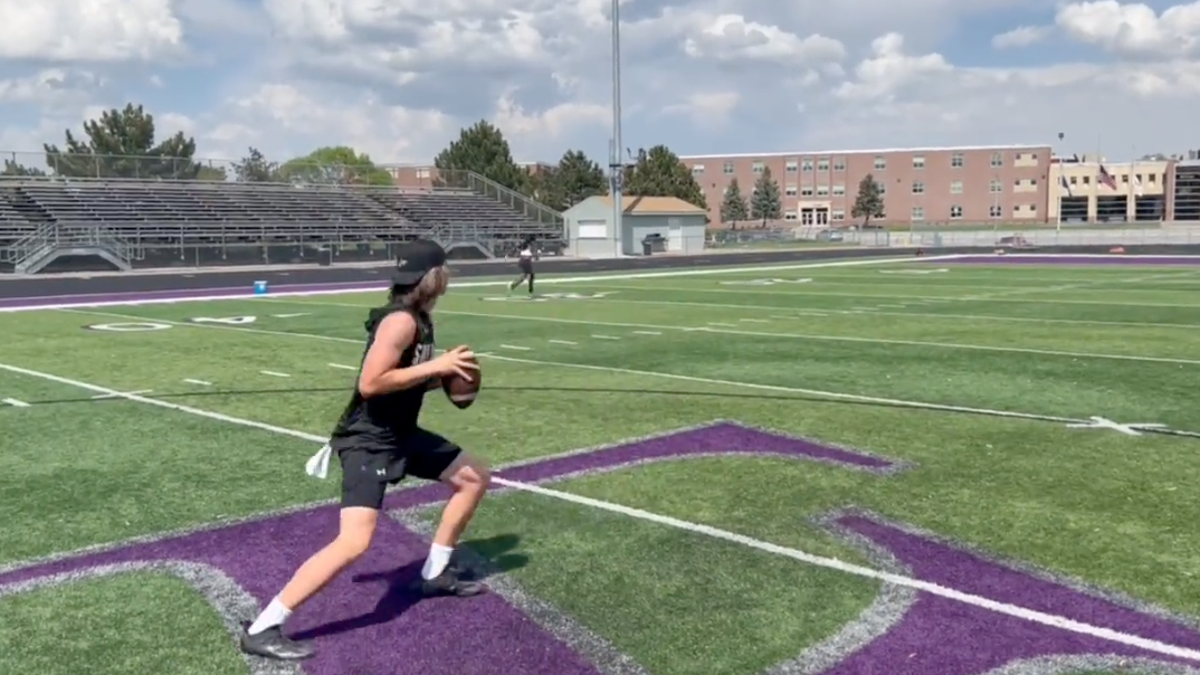 Ambidextrous teen QB could be the next evolution at the position

Football has seen many evolutions in its time, and a kid in Nebraska may be introducing the next one to the game. Mikey Gow (class of 2025), Bellevue East QB in Bellevue, NE, started on varsity as a 14-year-old freshman last season and can throw the ball with either arm. Yep, that’s right. Gow could be the first known ambidextrous QB, and he’s already receiving lots of attention for his extraordinary skill.

Mikey even caught the attention of former NFL MVP Lamar Jackson on Twitter. Gow’s seen interest from Notre Dame, Michigan, Oklahoma State, Nebraska, and Texas, just to name a few admirers. He’s even taken unofficial visits to each of these schools. Imagine the NIL money Gow could collect in a couple of years.

This really could be the next evolution in the QB position. The game went from strictly under center, to QB’s in the shotgun, to guys that can make plays with their feet and arm to now a player that can make accurate throws with both arms. Should Gow continue developing his unique skill, this would likely be a nightmare for opposing defensive coordinators game-planning against him.

No matter which side the defense flushes him out to, he’d have the option of potentially making a throw anywhere on the field without needing to throw across his body. Matched up with the right program, Mikey could be the No. 1 overall pick in the NFL Draft one day, as Jackson suggests on Twitter.

Gow is already a top prospect on Prep Redzone Nebraska’s watchlist. He seems to have a good head on his shoulders and seems like a pretty confident kid. One of the more remarkable things about Gow is that he taught himself how to throw with both arms when he was only nine years old.

You must admit this is something different that we haven’t seen on a football field. If Gow and his coaches can find a way to regularly incorporate his special skill, we could be hearing a lot more about Mikey in a few years. As a freshman Gow has good size already, standing 6-foot-1 and weighing 170 pounds. He should fill out even more by the time he gets to college, and we know how much the NFL…