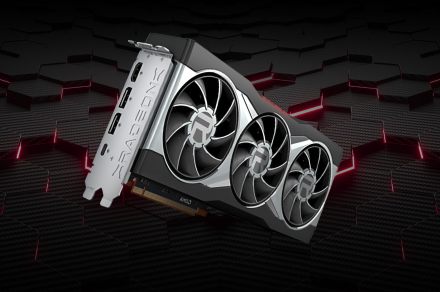 AMD has just started lowering the list price of its Radeon RX 6000-series graphics cards. Spanning across the entire lineup, the price cuts are significant, and they are already beginning to come into effect.

This decision comes at a good time for AMD, but not so much for Nvidia.

Soon enough, AMD will usher in the next generation of graphics cards by introducing the Radeon RX 7000-series — but before that happens, it has already lowered the MSRP of the still current-gen RX 6000-series.

The price cuts go a long way toward making the GPUs worth the money. This makes some of the best graphics cards more affordable than ever. The new prices can already be seen on some of the models seen on , and other retailers are probably going to follow soon.

Nvidia also sliced the MSRPs of its RTX 30-series GPUs a while back, so the two competitors are now, once again, matched. However, Nvidia has faced quite a lot of controversy in the past week or so, which makes these price cuts perfectly timed for AMD.

Although the hype around Nvidia is pretty high right now, just two days after the official announcement of its next-gen GPUs, many are disappointed by how expensive RTX 40-series has turned out to be — and Nvidia doesn’t seem eager to budge on the pricing issue. Now, AMD swoops in at just the right time to try to unload some of its RX 6000 stock at a lower price before it introduces RDNA 3. This was first reported by TechPowerUp.