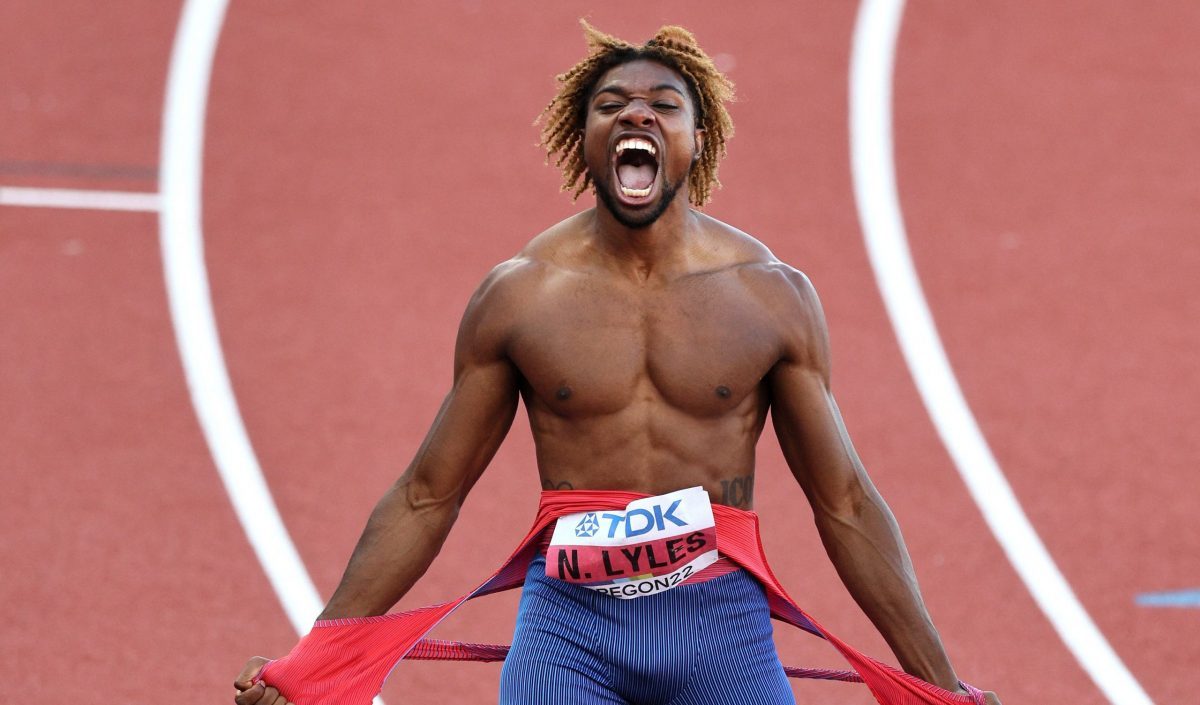 American Olympic and World Champion Noah Lyles is considered to be next in line to diminish Usain Bolt’s world record of 19.19 seconds that was set at the Berlin World Championships in 2009 over the 200m event.

Last month in Eugene, Oregon at the World Athletics Championships, Lyles competed in the 200m and outperformed his personal best to clock a time of 19.31 seconds. This is recorded to be the third fastest time in history, with Jamaican sprinter, Yohan Blake holding down the number two spot at 19.26 seconds in 2011.

Additionally, the young athlete is the new USA All-Comers record title holder in the men’s 200m, beating the mark of 19.32 seconds which was set in 1996 at the Atlanta Olympics by fellow American sprinter, Michael Johnson.

Jamaican legendary sprinter Bolt has a highly acclaimed career in track and field and has won four gold medals in the World Championships over the 200-meter event. The only man in history to have done similar is an American sprinter named Calvin Smith, who won two gold medals in 1983 and 1987, respectively.

The age gap between the two sprinters in their successful runs, Lyles’s (19.31s) at 25-year-old and Bolt’s (19.19s) at then 22 years old, has left many drawing comparisons between the ability of the American to become the new world record title holder.

After the Paris Diamond League in 2019, Lyles posted a comment on his Instagram story that had the writing, “Bolt who?” imprinted. Bolt was then asked during an interview with NBC Olympic Talk about this, where he said this in response to him, “What do you mean Usain Bolt who? If you don’t know who I am, you’re in the wrong sport”.

Soon after, Lyles made a Twitter post apologizing for the disrespectful comment. “Finally got to read the @NBCOlympics article with @usainbolt. He’s right; it’s very hard to run fast at championships. I apologize for the “BOLT WHO,” comment. While it’s an honour to be compared, I’m just trying to be myself. You are definitely a ?!”.