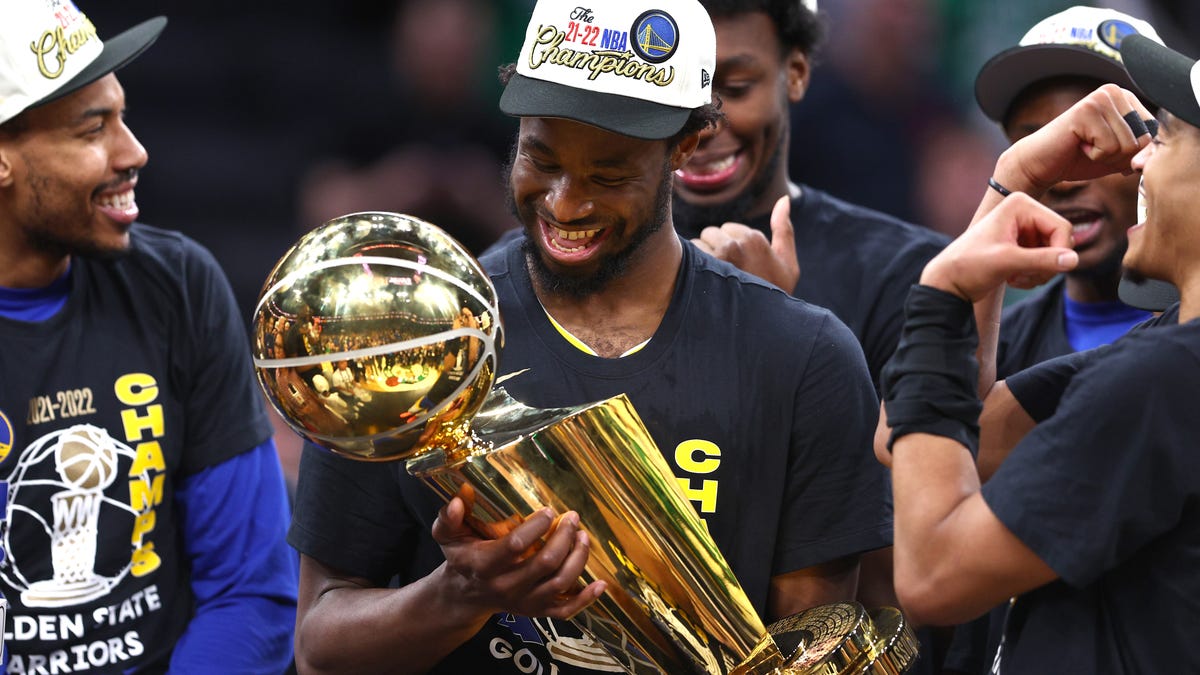 There’s not a ton to add to the story beyond the headline. Andrew Wiggins, coming off the best year of his career, is still kind of sore that he had to get vaccinated.

Here’s what he told FanSided’s Mark Carmen about how unfair it was that he had to get a vaccine.

First off, it wasn’t an ultimatum. His religious exemption got denied, and he could’ve pulled a Kyrie. The Warriors might not have cowardly given into letting him play only away games, but tough shit.

Secondly, what were the adverse side effects? Actually, you know what, I’m going to skip the rebuttal and go straight to the insults because, really, what are we doing here?

Wiggins is the guy at work who’s so quiet he’s weird, and then when you talk to him, he somehow becomes weirder.

“Didn’t know there was so much literature on chemtrails, Doug. Also, how the fuck are you a manager?”

I researched the vaccination schedule solely for the purpose of seeing how much “stuff” Wiggins might already have in his body. The CDC has seven different shots on its chart for the first 18 months of a child’s life and that’s not including the annual influenza jab.

The lineup of serums might be different for Canadians, of which Wiggins is one, so he could be missing a dose here or there. Ideally, he’s protected from polio and other serious, mostly eradicated diseases though. Yet that’s up for debate because he told ESPN vaccines are “not really something we believe in as a family,” noting in October that he’s the only member of his family who has received the vaccine.

I know. What a scam, right? Protection from harmful pathogens is such an archaic concept.

Wiggins cited long-term concerns about the vaccine. If you…