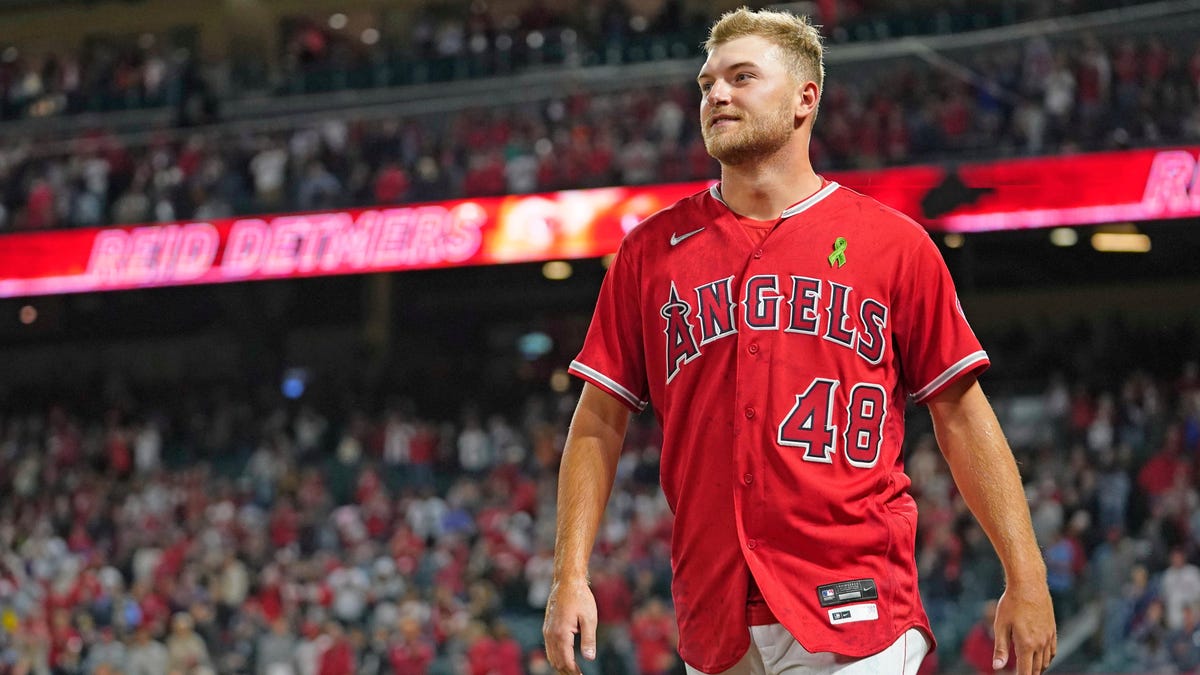 A belated ‘welcome to the show,’ young man,.Image: AP

Well it wasn’t that nervous. The Angels won 12-0. But it got tense at the end, as Angels rookie Reid Detmers threw a no-hitter in just his 11th big-league start. And he did it while only striking out two batters, which is strange indeed. Eleven groundouts always helps, though. But in this day and age of nothing happening, Detmers getting all his fielders involved is a reminder of what democracy should look like.

And that might not have been the most unique thing to happen in the game!

It used to be that teams put a position player on the mound as a joke to break up the monotony of an interminable regular season. Getting your ass kicked in July and your players are wondering if the season will actually ever end? Lighten the mood by throwing your outfielder on the mound and let him show off those breaking pitches he’s been gloating about every day for three years. Suddenly not everyone feels so bad about a wasted night in Phoenix (they’re all wasted nights in Phoenix but let’s leave it). And if someone hits the ball 500 feet off of him, well that’s just something else to laugh about for the next few days or weeks, and again, lightens the burden of the everyday nature of baseball.

Now? It’s an actual strategy. Because oh so precious relievers — reminder, these are guys who throw sixty pitches a week at best — have to be protected to the point that they can’t possibly be wasted in a blowout. That’s right, the guy the team will happily send down in a week to be replaced by another guy who looks just like him, so much so the manager will definitely not be able to tell apart, has to be saved from working in a blowout game so they can put off his Tommy John surgery that he’s going to get anyway another five minutes.

At least some managers let this phenomenon become the farce that it deserves. So if your star player wants to hit left-handed, when he’s spent his entire career as a righty, fuck it. You’ve earned the right if you’re facing a position player on the mound. Step up, Anthony Rendon: