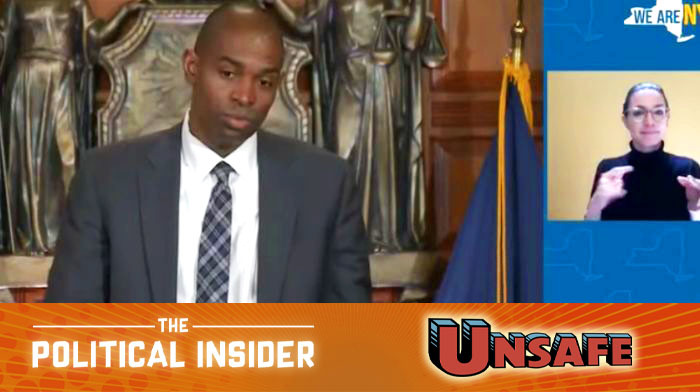 Ann Coulter Blasts ‘The Most Embarrassing Lt. Gov In The Nation’

Last Thursday, Republican candidate for governor of New York, Lee Zeldin was attacked by a knife-wielding lunatic at a campaign stop.

Earlier that day, Gov. Kathy Hochul put out a media release, encouraging her supporters to show up at Zeldin’s campaign events — providing dates and times — to hear “Zeldin’s plans to put more guns on our streets” and “discuss his enduring loyalty to Donald Trump.”

It must have been awful for Delgado, then a member of congress! Oh wait — he was at home in his apartment during the attack.

But what did Zeldin have to do with the Jan 6 riot? It seems that, before the attack, Zeldin voted against certifying the electors from Arizona.

What kind of monster would object to certifying a presidential election???

Delgado might want to check with his former colleague, Rep. Jamie Raskin, as well as a half-dozen other Democrats, who objected to certifying a presidential election way back in 2017.

Here’s Raskin making a spectacle of himself, objecting to the certification of Trump’s electors:

Why isn’t this video everywhere?

[Anyone see a pattern there? I sense that there is one, but I can’t put my finger on it.]

We’re not talking about something that happened in 1921. The Democrats objected to Trump’s electors in 2017.