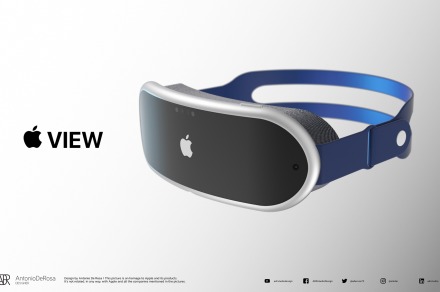 Posted By: adminon: May 20, 2022In: TechnologyNo Comments
Print Email

Apple’s rumored first step into AR and VR has been hush-hush, but a new report indicates that the mixed-reality headset may be getting closer to its grand unveiling.

As reported by Bloomberg, Apple’s board got a sneak peek at the company’s upcoming mixed-reality headset at a quarterly meeting. This meeting was attended by “eight independent directors” and CEO Tim Cook.

Bloomberg’s report indicates that Apple demonstrated the capabilities of the headset, according to unnamed sources familiar with the matter.

Apple is also ramping up development of the headset’s operating system, dubbed “realityOS” or just rOS for short. This continues the OS naming scheme that Apple uses for its other products.

The report also says that Apple initially wanted to unveil the headset at its Worldwide Developers Conference this year, but had to delay it due to issues with overheating. Additionally, ongoing supply chain issues and inflation have made things difficult for the tech industry in general.

There have been some conflicting rumors about what Apple’s mixed-reality headset will actually look like and function. However, most rumors agree that there will be a number of cameras and sensors to allow you to see the outside world.

It will also likely feature micro-LED displays with an amazing 8K resolution for both eyes. There might even be a third display for peripheral vision. Noted Apple analyst Ming-Chi Kuo alleges those lenses might include iris recognition for authentication.

The headset will most certainly be powered by Apple Silicon, one that might even be more powerful than the current M1. Of course, having a powerful chip that’s highly energy efficient would be perfect for a wearable. Hopefully, Apple can work out the rumored overheating issues.

The operating system powering the headset, realityOS, has been seen a number of times in Apple code. Developer Matthew Davis apparently found references to…