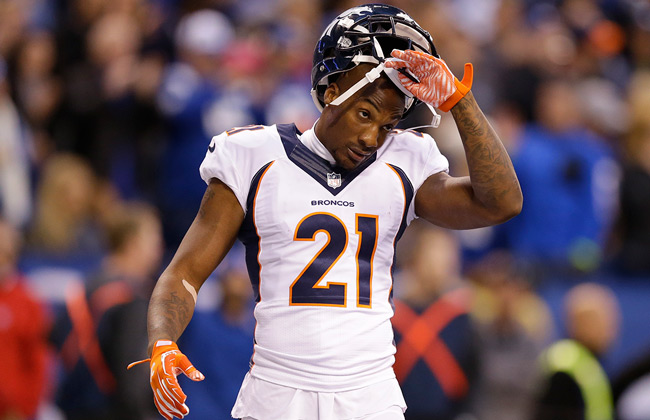 Former NFL cornerback Aqib Talib is reportedly stepping away from his broadcasting duties after a recent Texas shooting that left a youth football coach dead.

The NFL Network reported the news about Talib, whose brother Yaqub is a suspect in the incident that happened earlier this month.

Coach Mike Hickmon was killed after a dispute involving the two brothers, who are both coaches of a North Dallas youth team.  Yaqub recently turned himself in to police after a warrant was issued for his arrest, he is charged with murder.

Multiple witnesses allege the former NFL standout started the fight which sparked the shooting that left coach Hickmon dead.  Heath Mays, a coach on the opposing football team, told WFAA-TV in Dallas that it was Aqib Talib who threw the first punch in the fatal brawl.  A video that went viral shows a man swinging before someone else pulls a gun and shots are heard.

A statement released by Talib’s attorney maintains Aqib is “very distraught and devastated over this terrible loss of life.”  He sends his “condolences to the family of the victim and to everyone who witnessed this unfortunate tragedy.”