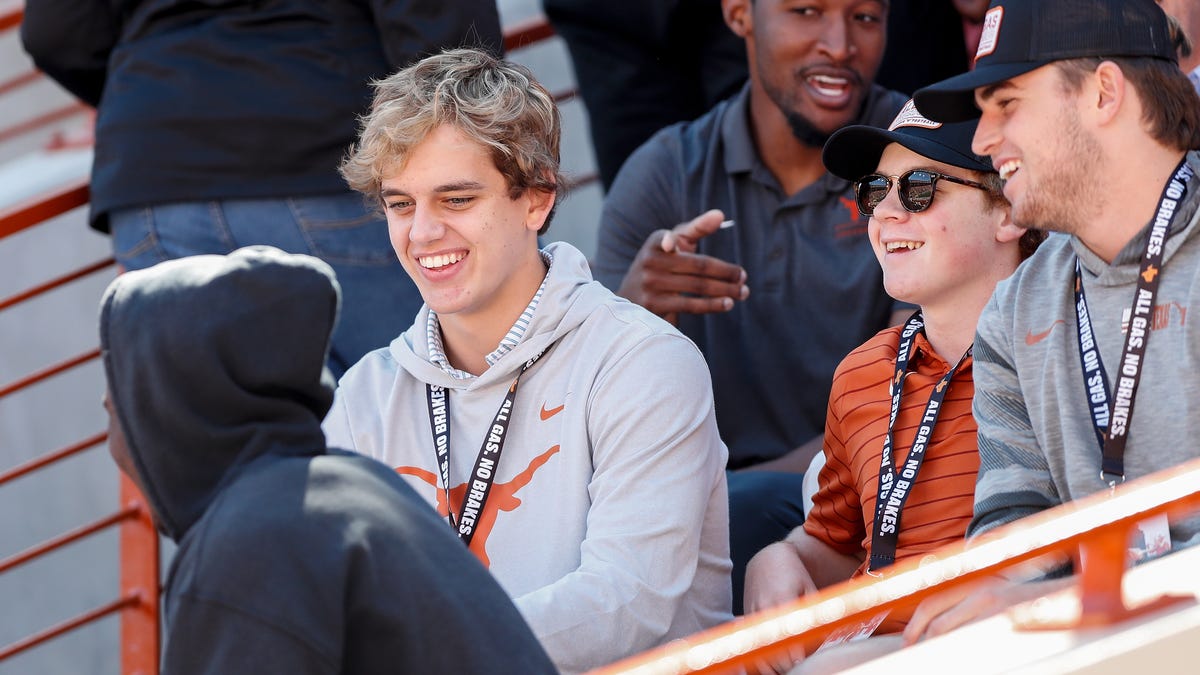 Arch Manning is a Longhorn.Image: AP

The ever-optimistic “Texas Is Back” believers have much to rejoice in the coming years, as football royalty’s heir apparent, Arch Manning, announced a somewhat surprising commitment to Texas on Thursday. Heavily recruited by a number of SEC schools, including Ole Miss where his grandfather and namesake Archie Manning, his dad Cooper and Uncle Eli attended. Much like Uncle Peyton who went to Tennessee, this latest Manning has officially chosen to avoid the Ole Miss burden and take on the burden of digging Texas out of its hole of eternal and inescapable mediocrity.

The latest rumors had reigning national champion Georgia as the frontrunner in this highly-publicized, years-long recruitment of Arch, who like the Mannings before him, attended Isidore Newman high school, but I guess he just couldn’t turn down the chance to break the Texas curse alongside head coach Steve Sarkisian. Sark coached several QBs as offensive coordinator at Alabama to enormous success, and his stints in the NFL were reportedly a major factor in the decision, as Manning plans to continue on in the family business after college, of course.

Texas will join the SEC during Manning’s time there, which will provide for some exciting competition. He’ll be with the Longhorns beginning fall 2023, which means that Longhorns hopeful still have a season to sit through with — well, with another five-star QB in Ohio State transfer Quinn Ewers, who was hailed as the new messiah of the Texas program, only to be shunted to the sidelines with Thursday’s announcement. Quinn who?

The interesting conundrum (and what I kind of hoping for, as I’m rooting for chaos here) is what happens if Ewers has an incredible freshman season with Texas. What if they really do end up being back, but under him? Manning will likely expect to start right away wherever he ends up, so would they bench a trusted winner for a true freshman, even if he is the No. 1 recruit in his graduating class?

If he does start in fall 2023, there’s a lot riding on him and on the hopes built on that family name….