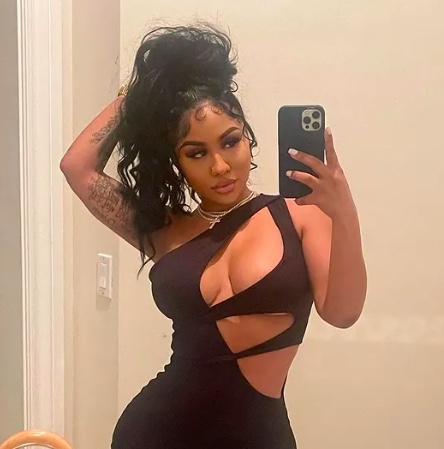 Ari Responds To Business Owner Who Talked Negatively About Her Son

That’s how you clear a chick! Ari Fletcher broke her silence and responded to claims from a woman named Bre Twiggs, who owns Charlotte-based luxury clothing brand Nine Lamarca. Bre took to TikTok and expressed that she was upset about the promotional post she received featuring Ari’s son, Yosohn.

According to Bre, she paid Ari “thousands of dollars” to have Yosohn wear an outfit from her clothing boutique and take photos. Despite her dislike for the photo, Bre proceeded to post it on her boutique’s Instagram page.

In a now-deleted video, she talked negatively about Yosohn’s appearance, stating, “You sat here and charged me—I paid thousands for this collab with the inventory and everything included—and this is what you gave me. Hair was not done. It looks like you just said, ‘Ok, let’s just go wet his hair.”

The woman continued, “Ring around his mouth cause you don’t keep it moisturized. You didn’t moisturize it. You didn’t put no lotion on it. That picture is a hot a** mess, and you do not see Ari posted up looking that way, but this is how you posted your son with a paid collab.”

Ari is taking the high road and responded on her Instagram story. She explained her feelings were hurt. “I don’t understand how you talk about a child like that, especially publicly online, and comparing children and saying all of this bad stuff,” she said calmly.

The Chicago native denied having any collaborations with Bre and said the woman didn’t pay thousands of dollars for the promo. “It was a one-time promo. That was it,” Ari said. Towards the end of the video, Ari advised Bre that she was pursuing legal action. “We’re very, very hurt about those comments. That really bothered us. My lawyer is already working, and he will be in contact with you very, very soon.”

Roommates, do you think Ari handled the slander appropriately?