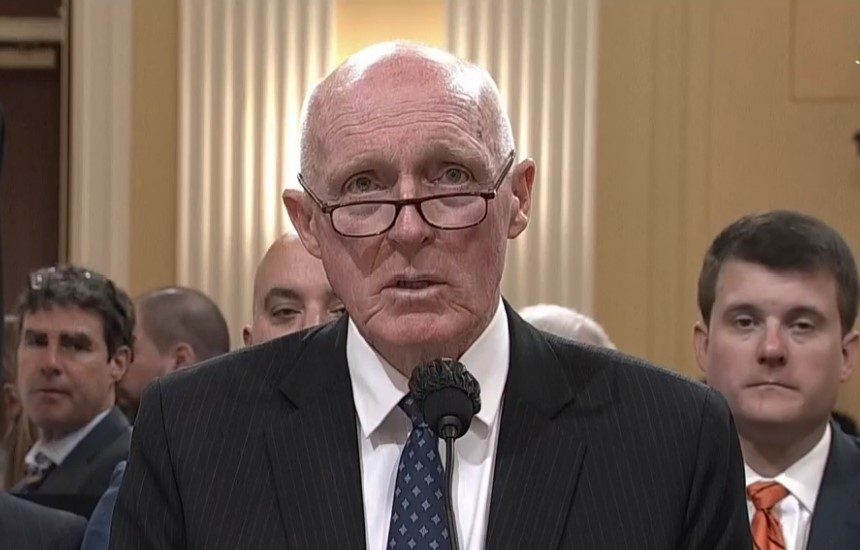 The Arizona Republican Party censured state House Speaker Rusty Bowers and deemed him no longer a Republican in good standing after he testified before the 1/6 Committee.

The Arizona Republican Party announced the censure in a press release:

Last night, the Executive Committee of the Republican Party of Arizona, LLC censured Arizona Speaker of the House of Representatives – Rusty Bowers (Former LD25/Current LD10 located in Mesa, Arizona). This includes ceasing any and all state support of him as a member of the Republican Party. Rusty has failed in his specific actions, including co-sponsoring Democrat-led bills and refusing to work with the most conservative legislative body in 10 years during arguably one of the most critical sessions in Arizona history. Additionally, he has consistently demonstrated general disregard for Republican Party Leadership at the precinct, legislative, county, state, and federal levels.

Speaker Bowers prompted the State Party to take disciplinary action following several instances described below in which Bower has stood against the Republican platform and the will of the voter of the Republican Party of Arizona. This goes much further than any policy disagreement and acknowledges his failures in his capacity as Speaker to implement stout conservative legislation and instead play the balance beam of politics.

At first glance, it is easy to miss, but the phrase disregard for Republican leadership at the federal level means that Bowers is being censured for daring to appear before the 1/6 Committee and testify about how Trump pressured him to overturn the state’s 2020 election results.

All the other allegations that the state GOP threw in censure were nonsense. The censure is Donald Trump’s way of trying to punish and get rid of Bowers.

Although, it speaks volumes about the level of anti-democratic dysfunction in the Republican Party that one of the offenses that Bowers committed was working bipartisanly with Democrats on legislation.

Rusty Bowers did the right thing for democracy and the country, and now Trump is trying to kick him out of the Republican Party.

Mr. Easley is the…