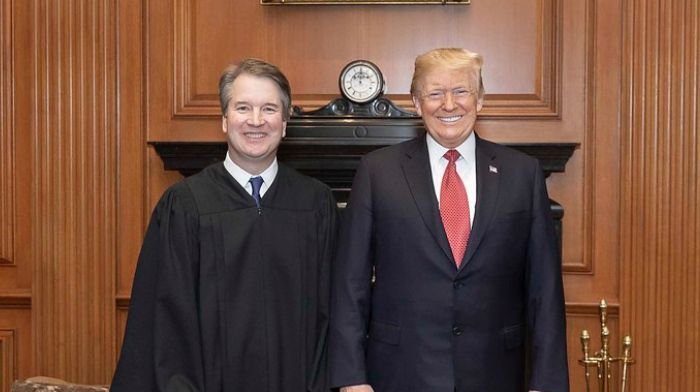 A California man armed with a handgun, a knife, and “burglary supplies” was arrested in the middle of the night near the home of Supreme Court Justice Brett Kavanaugh in Chevy Chase, Maryland.

News reports imply that the man was upset about the possibility of Roe v. Wade being overturned.

The Washington Post writes, “Two people familiar with the investigation said the initial evidence indicates that the man was angry about the leaked draft of an opinion by the Supreme Court signaling that the court is preparing to overturn Roe. v. Wade.”

He apparently arrived near Kavanaugh’s home in a taxi and was stopped by police near the Justice’s home, allegedly admitting he was there to kill Kavanaugh.

Maryland Governor Larry Hogan in a statement said that both the U.S. Marshals Service and Montgomery County Police acted quickly.

RELATED: Pro-Life Office Target Of Arson, Graffiti Reading ‘If Abortions Aren’t Safe Then You Aren’t Either’

The justice’s homes have been under increased security since a draft opinion that could overturn Roe v. Wade was leaked in April. Incensed pro-abortion supporters arranged protests outside the homes of the conservative justices during the month of May.

The violence, threats, and protests are seen by some conservatives as a way to intimidate the conservative justices into changing their opinion, which would return abortion laws to the States to decide. The Senate unanimously passed legislation to offer more protection to the…