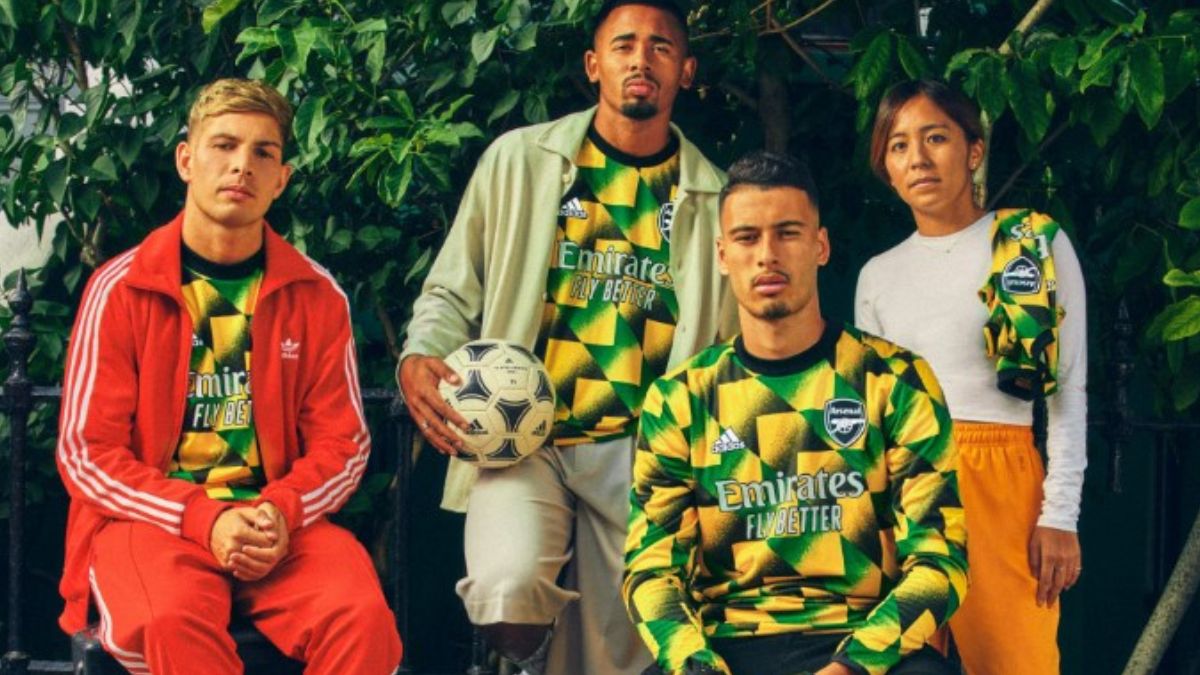 English football club Arsenal, in partnership with sportswear company Adidas, has released a Jamaican-themed pre-match jersey to celebrate its fans from the island.

Arsenal has released the new jerseys ahead of their first team match against Fulham in the Premier League, and according to the club’s website, they will be on display over the weekend at Notting Hill Carnival. “With many Jamaicans living in our local community and across the capital, it pays tribute to those who call both north London and Jamaica home,” Arsenal stated on their website.

Featured in the promotional photographs released on Arsenal’s Instagram page are club supporters and players decked out in the new jersey designed with all-over geometric print in green, gold, and black, the colours of the Jamaican flag.

Commenting on the new jersey, former Arsenal footballer Ian Wright, who comes from Jamaican parents, said, “It’s fantastic to see Adidas and Arsenal celebrating its rich and diverse fanbase. Arsenal is for everyone, and creating initiatives, support and products that resonate with the wide-ranging fanbase is fantastic to see.”

View promotion photos and video below.