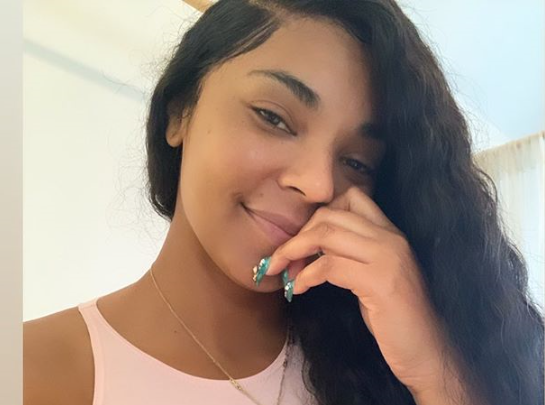 Ashanti became a household name in the entertainment industry 20 years ago with her self-titled debut album.

The “Ashanti” album, which sold over three million records worldwide, won the singer many awards, including a Grammy for Best Contemporary R&B Album in 2003, and spawned the hit tracks “Foolish,” “Happy” and “Baby.”

Since then, the star has showcased over the years her many talents, including singing, acting and songwriting, and on July 3, fans were floored after Ashanti sang an a capella version of her track “Happy” during the Black Excellence Brunch at the Essence Festival in New Orleans.

During the event, Ashanti, who was a keynote speaker, received the Icon Award. Before leaving the area, the 41-year-old gave her fans a glimpse of her vocal abilities by singing, “That I wouldn’t be without you babe. Couldn’t see me without you baby… I’m so happy baby, yeah.”

As the clip circulated online, many expressed how much Ashanti’s vocal range has grown since her 2002 debut. A couple of individuals mentioned that Ashanti was a prime example of an artist who took the time to perfect their craft by taking vocal lessons.

“Ashanti’s vocals have gotten better as time goes on. She actually is a good example of keeping up with your vocal lessons and coach for years instead of getting lazy. A lot of artists wouldn’t have lost their voice if they kept working with it.”

“Her voice has improved a lot. She sounds good!”

“Voice has progressed drastically over the years!!!”

“Someones been conditioning… The voice is still gucci.”

“Congrats to her vocal coach because baby girl couldn’t hold a note when she came out!”

Among the previous remarks, others mentioned how underrated Ashanti is within the industry. One wrote, “I love her energy! She’s so underrated.” Another said, “I love me some Ashanti. She deserves so…