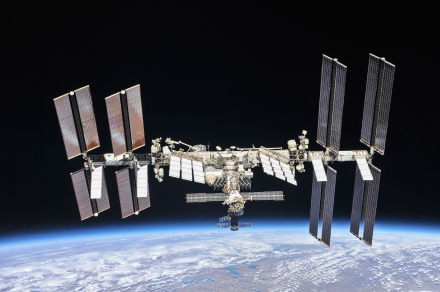 With his six-month stay aboard the International Space Station (ISS) now behind him, German astronaut Matthias Maurer has been talking about what it was like to live and work in space.

It was Maurer’s very first space voyage, so there was much to be excited about as he experienced life in microgravity conditions for the very first time.

Asked about his personal highlights from the mission, Maurer spoke of the ride to orbit aboard a SpaceX Falcon 9 rocket, looking down at Earth, and the spacewalk, describing the experience as “like entering a new world.”

During the ISS’s six-month Expedition 66, which ran from October to March, Maurer said he and his crewmates took an astonishing 120,000 photos. With that many pictures, the astronaut’s friends and relatives must be dreading the moment he offers to show them his “vacation” shots, though he did add that he’s hoping to put together a “best of” collection.

Maurer also described the “spectacular” homecoming as the Crew Dragon headed for a splashdown landing off the coast of Florida in May 2022.

“Riding through the plasma, I saw all of the colorful light outside the capsule, and then the Gs build up … the parachutes came out and it was a lot of spinning around,” Maurer said.

“That was the moment I was most concerned about — how would I react to all this spinning when the parachutes came out? Would I be seasick, motion sick, would I be throwing up afterwards? — but I was very happy that when we splashed down in the sea everything was fine and I felt good, there was a lot of euphoria.”

Commenting about life back on Earth, Maurer said that although he felt the weight of gravity on his head and neck after getting back, he also appreciates the more familiar conditions as it means that “my food stays on my plate.”

The astronaut also spoke about how the voyage changed him, the value of doing science work on the ISS, and what, if anything, he will do…